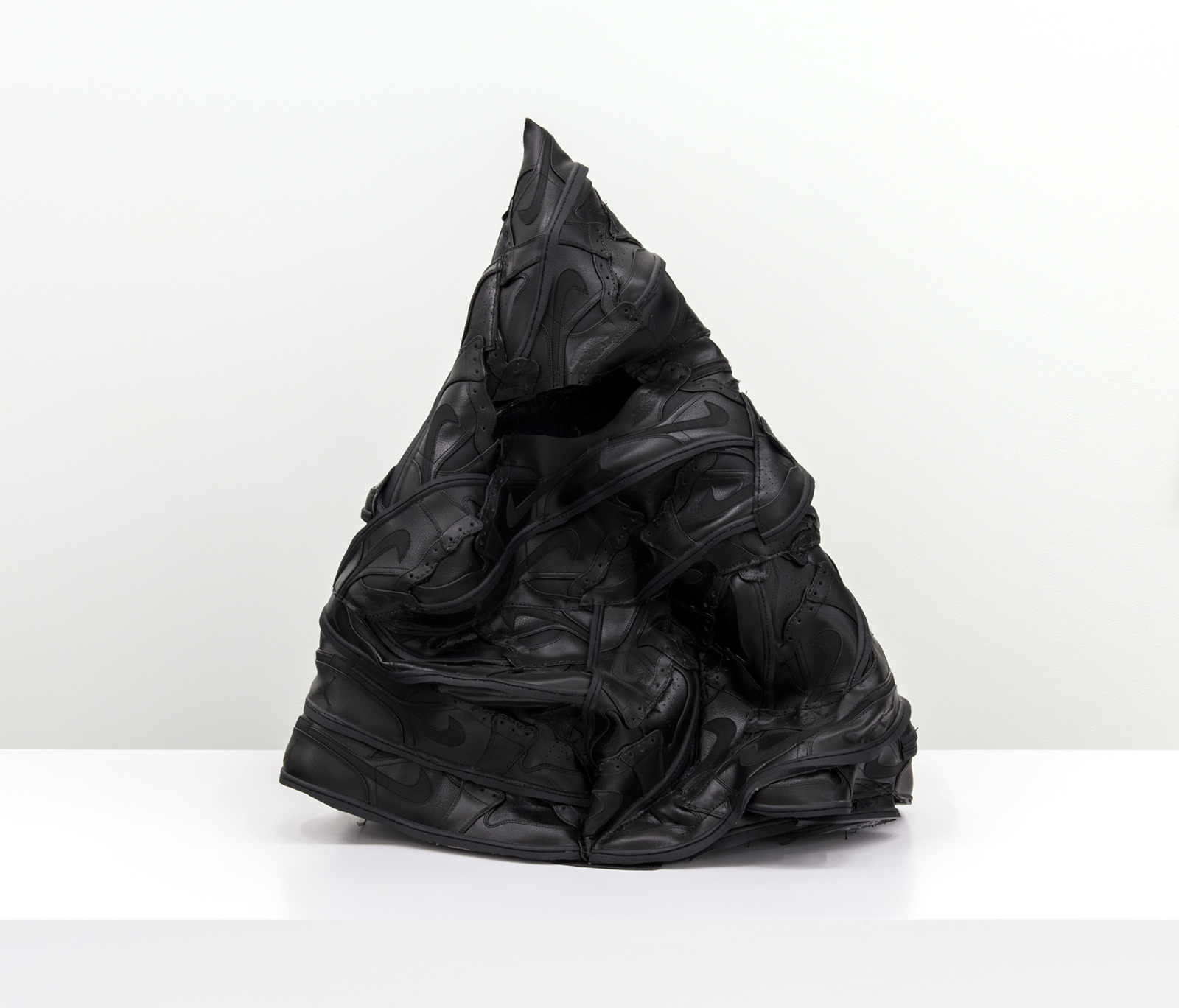 I Shall Be Released 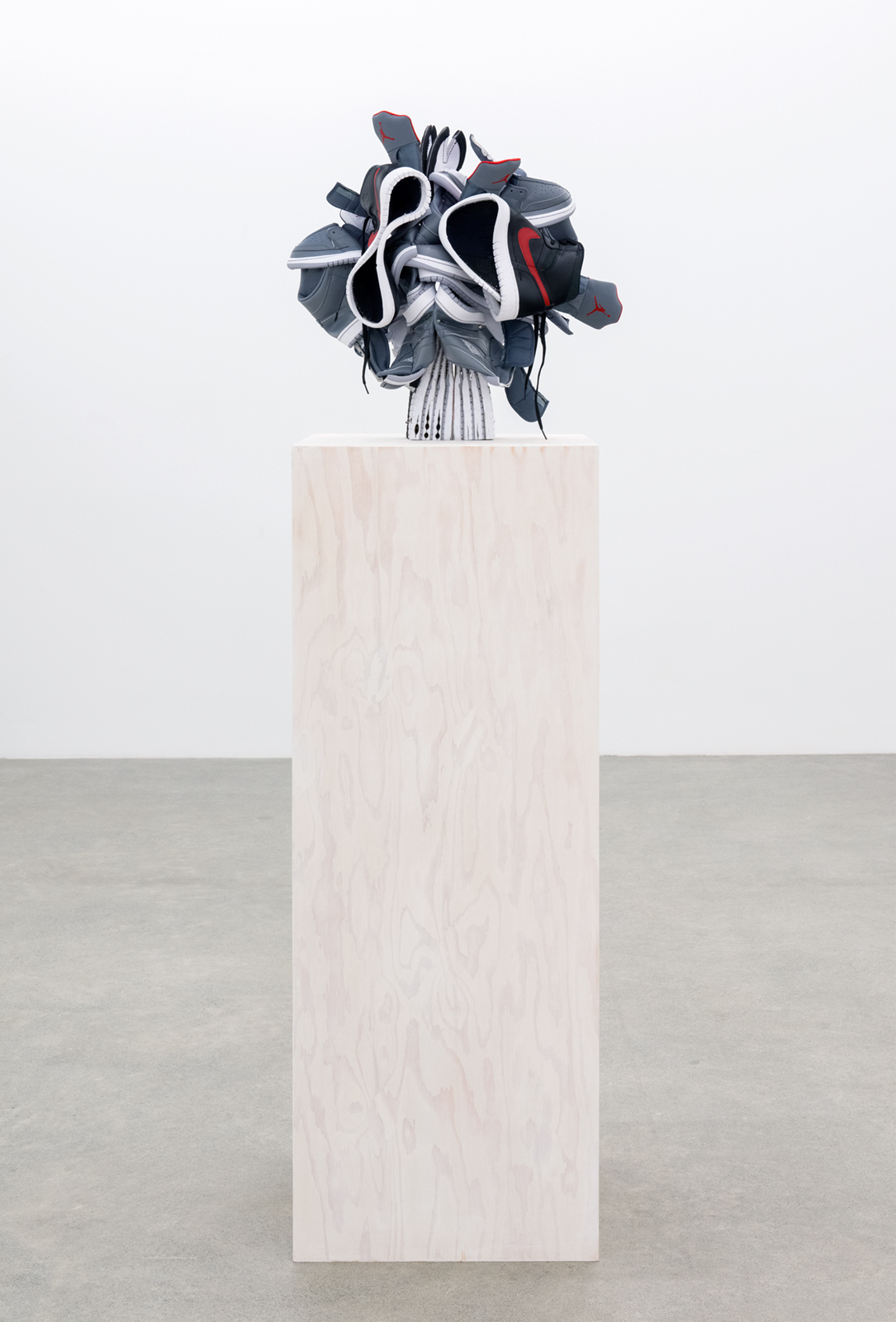 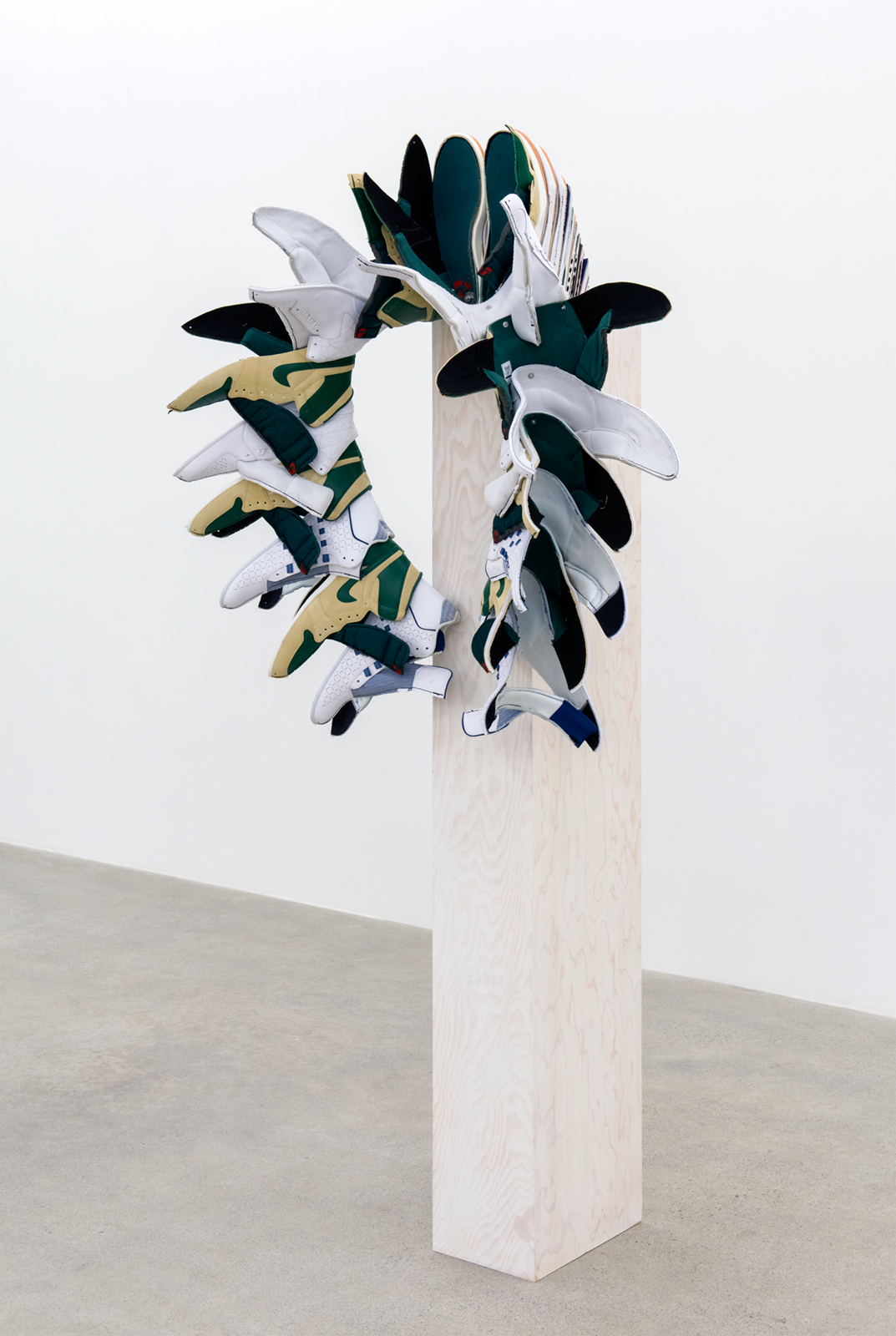 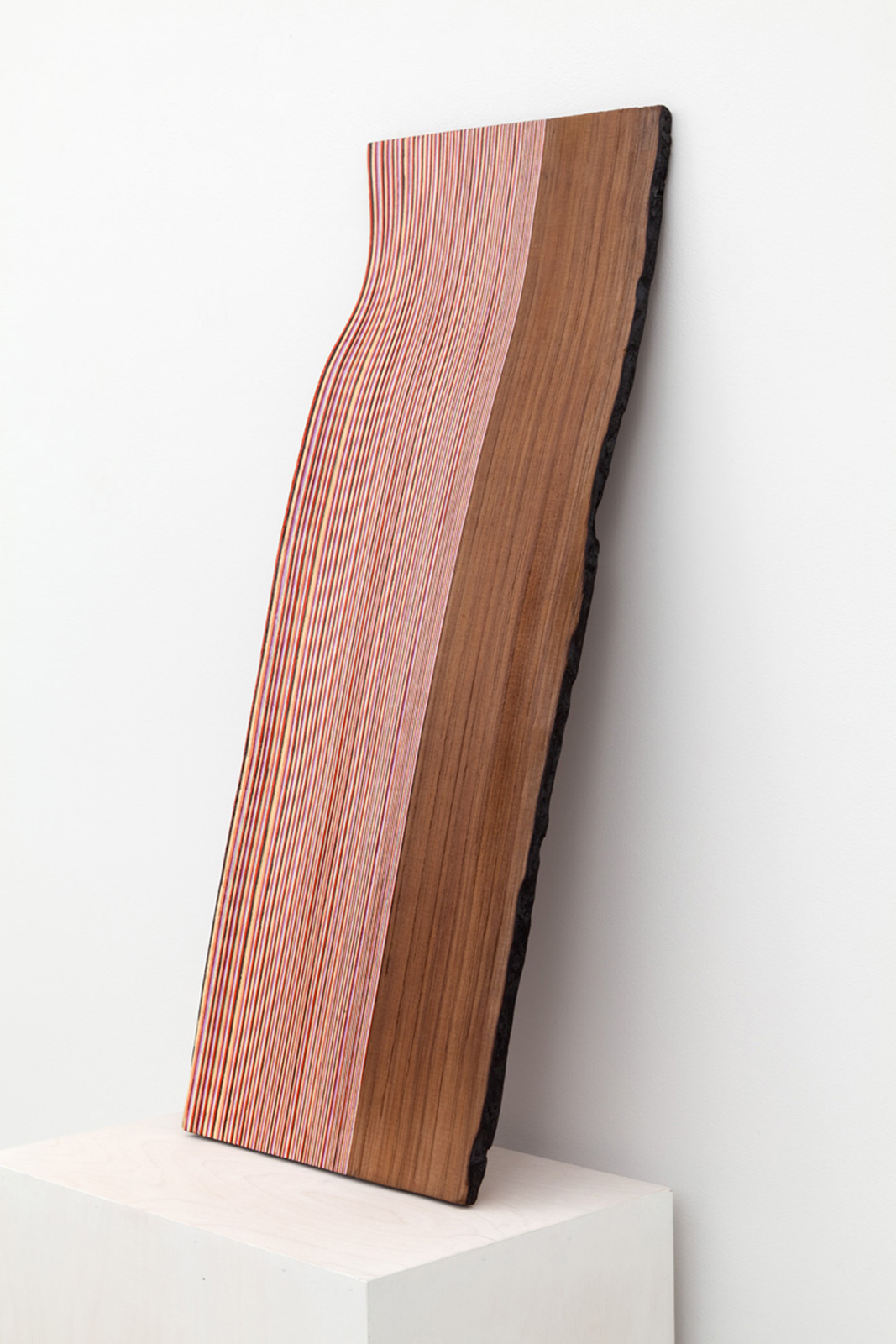 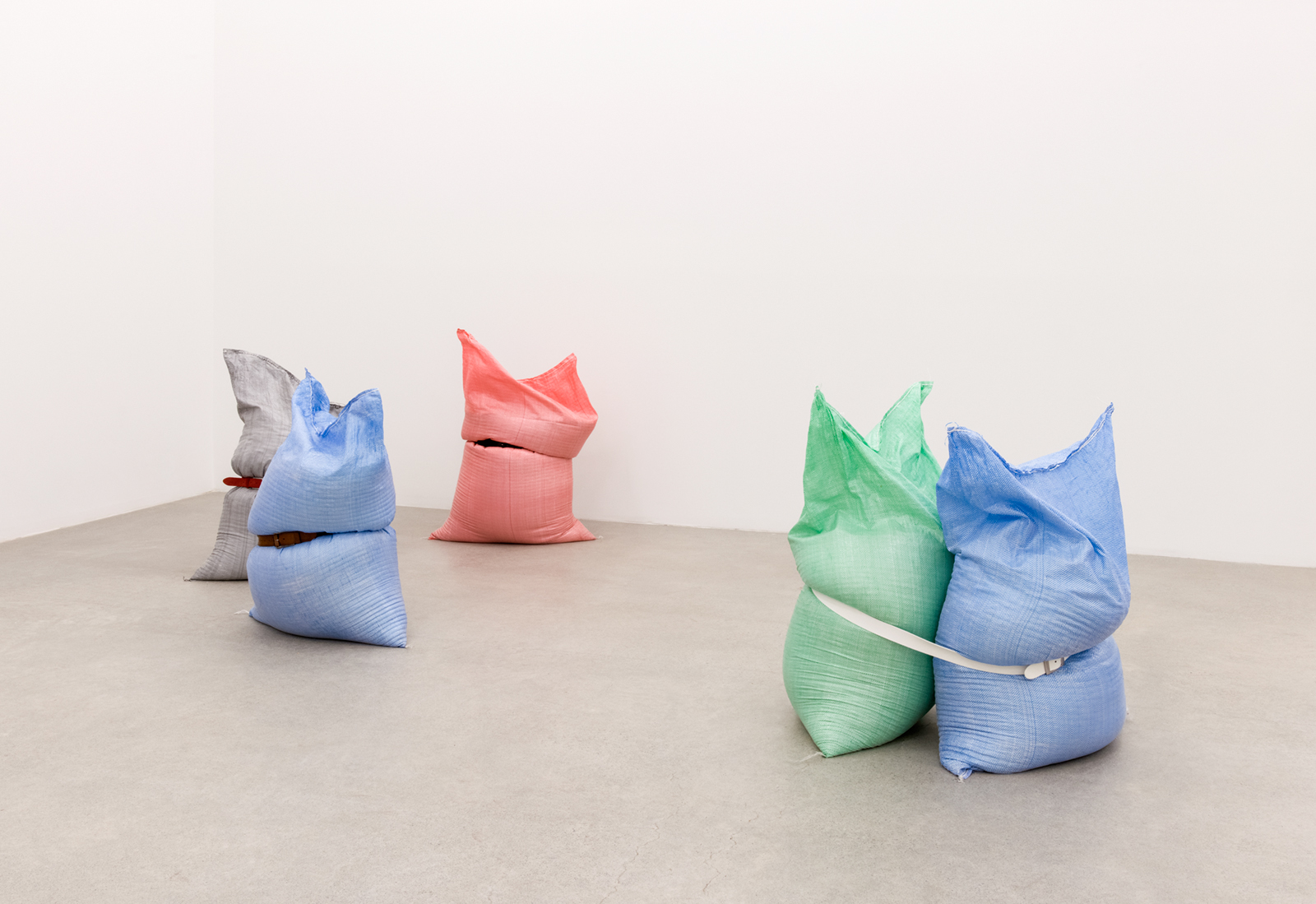 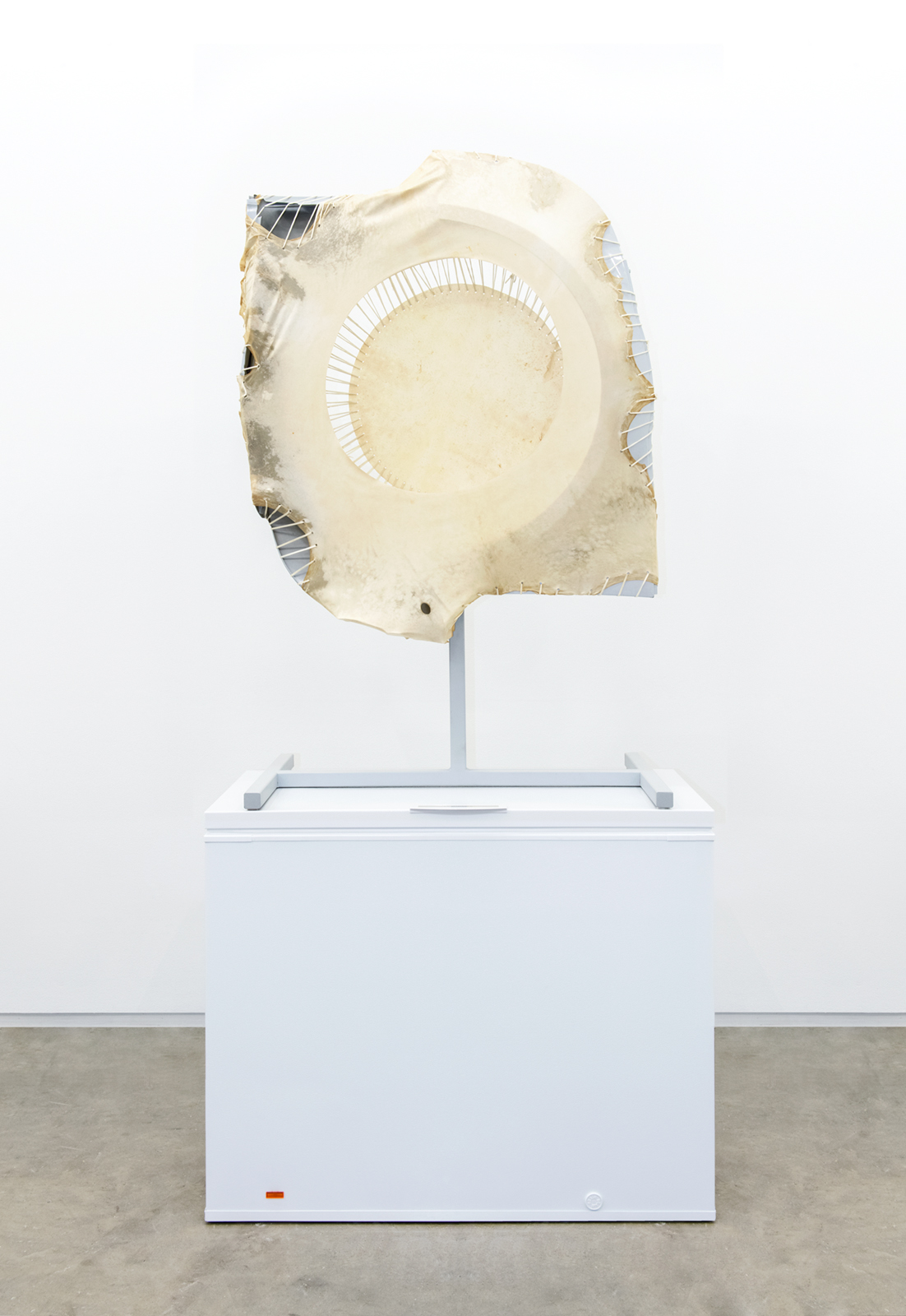 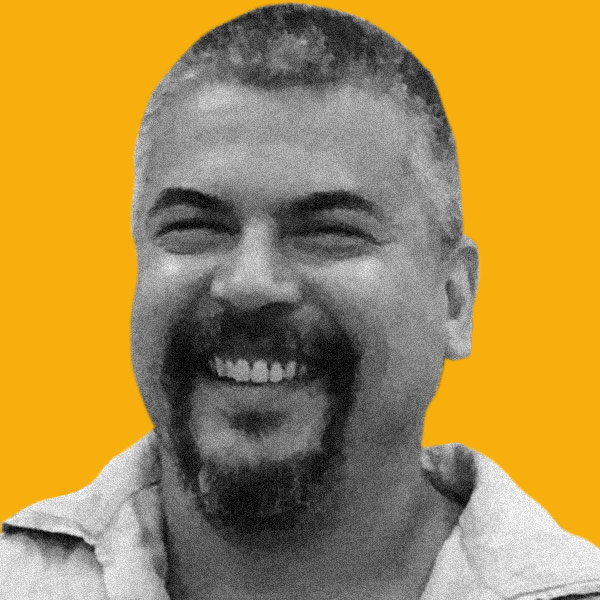 Brian Jungen born 1970 in Fort St. John, BC… lives in the North Okanagan, BC

In Jungen’s work, the materials and methods embody the artist’s narrative of his personal reconnection with family, home and cultural roots.

The convergence of traditional and contemporary has characterized Jungen’s practice from the start. In the late 1990s he rose to prominence with his series Prototype for New Understanding, for which he deftly transformed Nike Air Jordans into interpretations of Northwest Coast native masks. In his new work, there is a material shift from repurposed commercial leather items such as running shoes (and the gloves, golf bags and sofas of subsequent works) to raw animal hides, which were produced during Jungen’s visits up north, where he has started hunting again with his relatives. While his earlier works used consumer products to visually refer to conventions of native imagery and symbolism, the corporeal quality of the hides—skinned and cured by elders on Jungen’s reservation—embodies these processes by inferring the active (i.e. living) customs that are necessary to its production.

Jungen has lived in Vancouver since the late 1980s, but spends a significant amount of time each year near Fort St. John, British Columbia, where he was raised and where his extended family still lives. Jungen notes that his new materials—freezers, car parts and stretched animal hides—comprise a vocabulary familiar to people from this region and other native communities across northern Canada. He has also acknowledged that his facility for combining and altering objects is borne out of the inventive manner in which his mother’s family makes useful things out of discarded items. Over the course of an exhibition at Catriona Jeffries Gallery, he occupied the exhibition space with his materials and tools, sharing his processes of making with his audience. By importing the methods of production as well as the setting from the reserve to his urban situation, he transformed the gallery into an open, social and improvisational space that paid homage to how and where things are created up north.

Despite the personal origins of Jungen’s new work, he has always envisioned it in a modernist context, which underpins his decision to insert his AGO exhibition into the existing installation in the Henry Moore Sculpture Centre. At first the juxtaposition seems unexpected, but parallels soon emerge. Alongside Moore’s work, Jungen’s freezers read more clearly as pedestals for the forms on top of them. His circles of hide—and even more so the voids left behind in the leather that became the stencil for the prints Me and My Brother (200-) and Returns (2010)—call to mind the openings that characterize many of Moore’s sculptures, including Large Two Forms (1966-69). Although Moore could not investigate the visual imagery of Aboriginal cultures with the same intimate perspective as Jungen, it is undeniable that Moore’s work was enhanced by the time he spent in the British Museum sketching art and artifacts of non-European, indigenous origin.

These formal alliances are compelling in their own right, but the most profound link between Moore’s sculptures and Jungen’s new work relates to their deep roots in family, personal history and human relationships. This is evident in Moore’s commitment to the figure, even in his most abstract expression, and in the mother-and-child theme that runs throughout his oeuvre. In Jungen’s work, the materials and methods embody the artist’s narrative of his personal reconnection with family, home and cultural roots. Whereas Jungen’s earlier pieces claimed the viewer’s attention with humour, bold images and easily discernible references, this new work uses a language that is subtler and more enigmatic. Jungen has returned to his origins in British Columbia’s interior, both literally and figuratively. In addition to spending several months every year in northern BC, the content of his new work stems from his experiences there and creates an evocative, if indirect, picture of a northern landscape and its people, a setting where venerable native customs and contemporary mainstream conventions inevitably coexist. The work tells a candid and compelling story of where Jungen comes from and, perhaps, where he is headed. 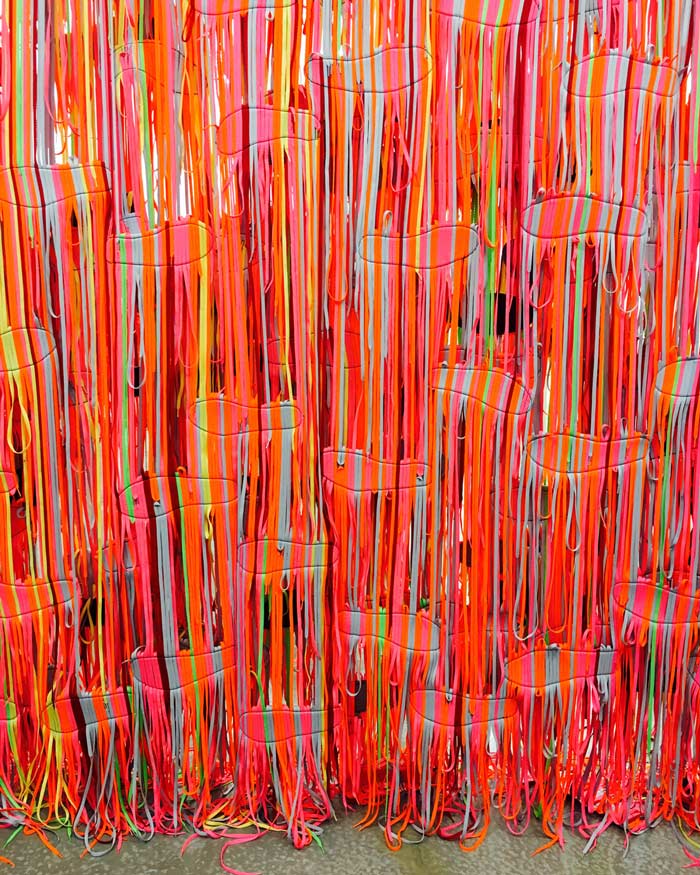