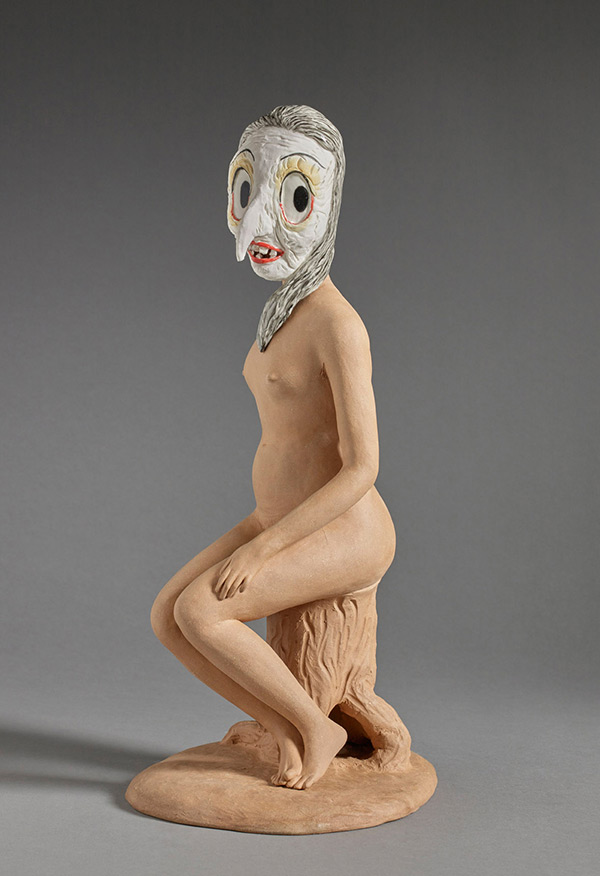 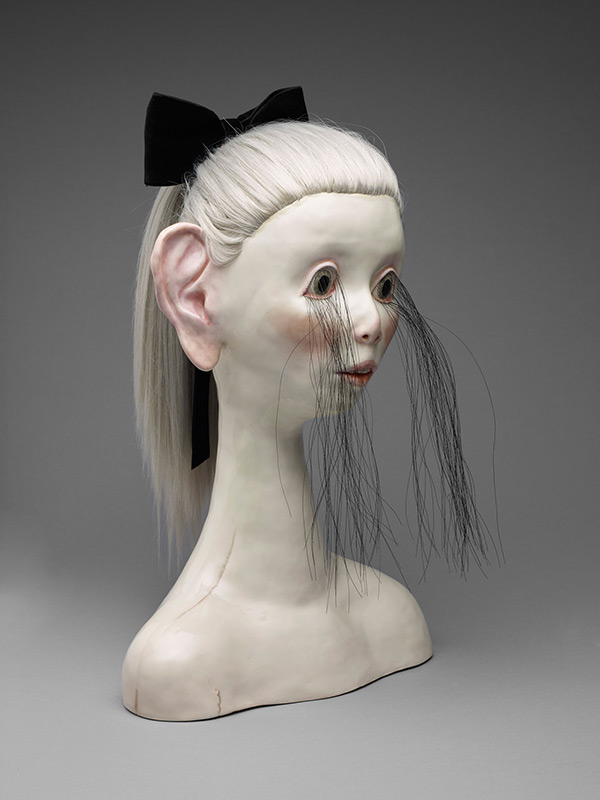 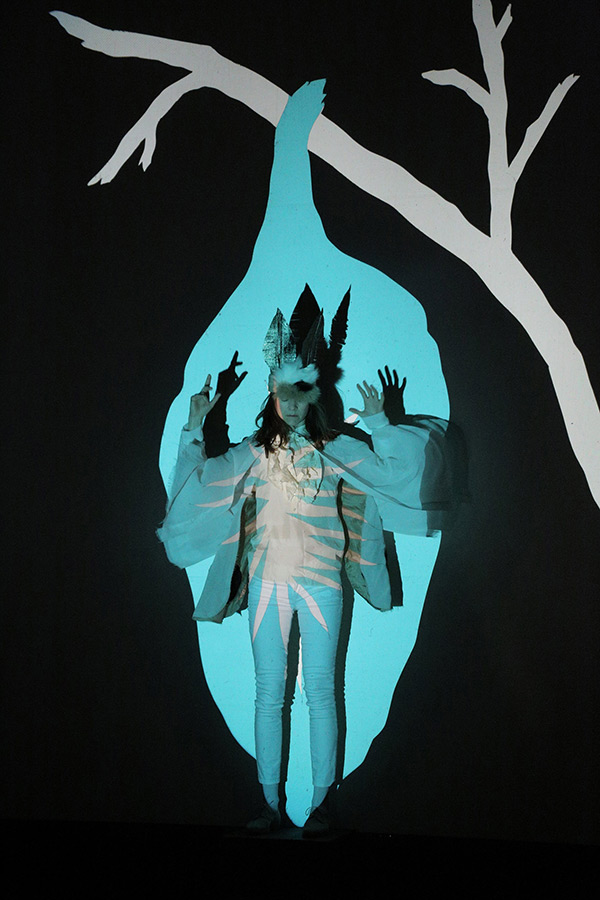 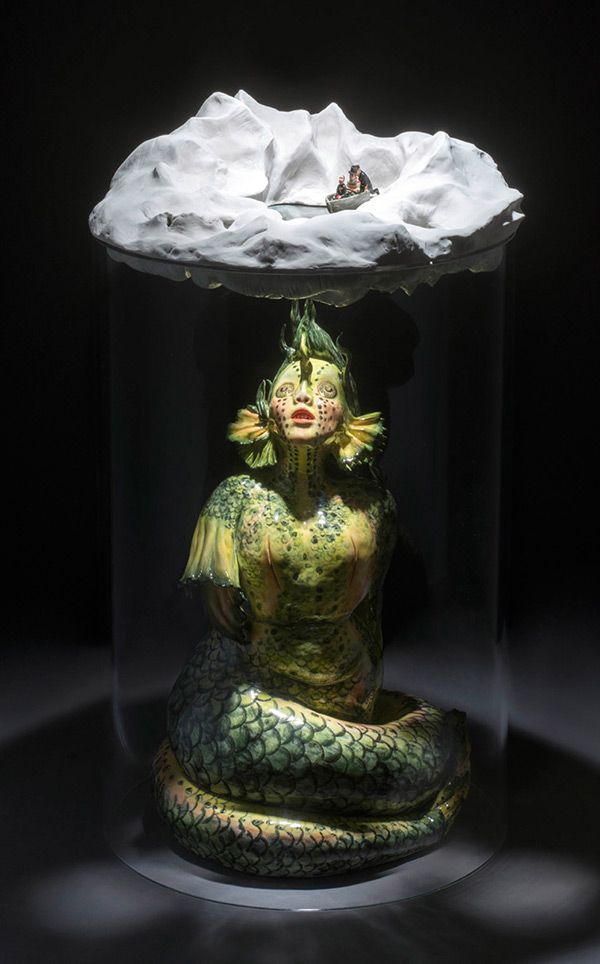 2015
By commission of the Musée des Beaux Arts, Montreal 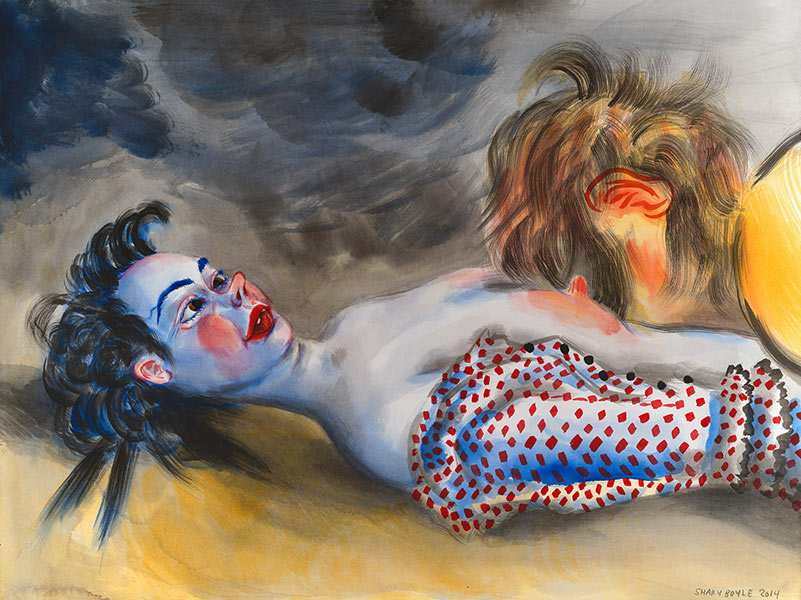 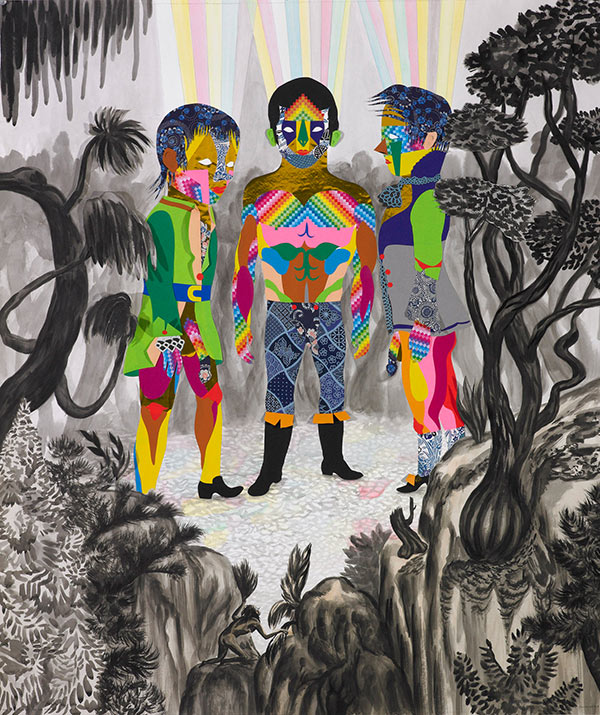 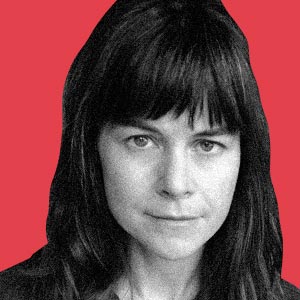 SHARY BOYLE born 1972 Scarborough, ON… lives in Toronto, ON

Boyle’s pan-disciplinary engagement with narrative combines references to art history (from ancient myth to the Victorian era) with an often unsettling, dystopian penchant for altered figures engaged in inscrutable acts.

The art of Shary Boyle crosses boundaries, drifting free of media constraints to boldly express the darker recesses of her consciousness. When she represented Canada at the Venice Biennale in 2013, she transformed the light and airy pavilion into a dark underworld, immersing the viewer into a dim grotto or sunken cave. The spiraling space was disorienting, and Boyle lured visitors on an uncertain journey punctuated by luminous projections, highly detailed porcelain figurines, and a large sculpted breastfeeding water nymph. Touring this other-worldly realm, where a conventional art space was transformed into a participatory theatrical environment, the viewer suddenly felt thrust into an unfolding drama, perhaps becoming an actor on stage. Boyle’s installation “Music for Silence” culminated with a large ascending fish net draped around a column, populated by small creatures that seemed both caught yet still struggling upward, aspiring to the wan blue light of a darkened portal breathlessly out of reach.

Boyle’s pan-disciplinary engagement with narrative combines references to art history (from ancient myth to the Victorian era) with an often unsettling, dystopian penchant for altered figures engaged in inscrutable acts. Violence and pain are frequently depicted. Boyle’s imaginary women and feminine presences, while forced to endure much, often prevail. In “The Rejection of Pluto” (2008) Boyle reinterprets an Italian Baroque bronze to utterly re-code—if not refute—art historical precedent. If Foggini’s “The Rape of Proserpine” (1702), following Bernini’s monumental depiction in marble of Pluto abducting the goddess of spring, displays a muscular man seizing a struggling woman, Boyle rather presents a resentful Proserpina castigating a gasping Pluto. Flanked by her attendant nymphs, Boyle’s goddess renders her final punishment upon Pluto whose mouth and eyes are ablaze in fiery pain. Boyle’s expertly glazed and painted porcelain upends ancient myth, challenges art historical traditions, and seeks vengeance for countless depictions of rape.

Boyle’s ability to expertly work in highly detailed porcelain reflects her long apprenticeship to the craft, which she initially encountered while travelling in 2002 in the Pacific Northwest. Chancing across a notice for a neighbourhood workshop, Boyle found herself taking lessons from an octogenarian grandmother in a Seattle basement. In that curious forum Boyle witnessed how kitsch intentions might be adapted for her own high art and feminist ideals.

Everything Boyle creates she makes with her hands, delegating nothing and assuming the role of master maker. To encompass the often dazzling splendor of her post-fairy tale world that verges on apocalyptic, Boyle mixes and manages a wide array of media and techniques, spanning sculpture, painting, drawing, installation, projection, collage, watercolour, book-making, and—most importantly—porcelain. She taught herself this stunning array of visual expression and is able to use her diversity to elaborate the almost filmic scope of her dreamings.

Boyle belongs to a generation of artists who have revivified Surrealism for a post-television, digital generation. The oddness of Marcel Dzama’s narratives or the sculpture of Sarah Ann Johnson chime well with Boyle’s remodeling of the human form. One also thinks of Kiki Smith’s fairy tales, the Chapman Brother’s bloody carnage, and the fantastical figures of Klara Kristalova to furnish a wider context within which to consider Boyle’s work. The lust and lore that Boyle pursues in her historically attuned art is arresting when we discover its finer, intricate oddness—when, perhaps, we perceive human hair atop a bronze nymph masquerading as a gargoyle. 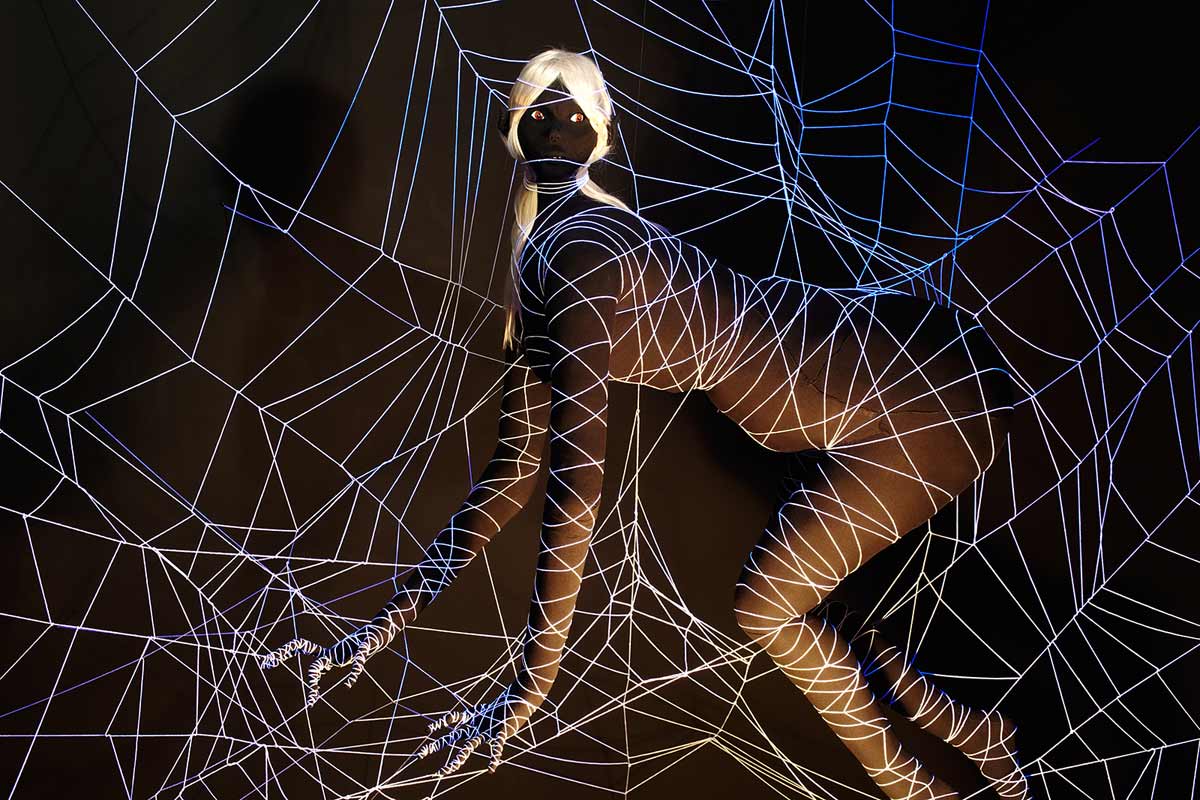