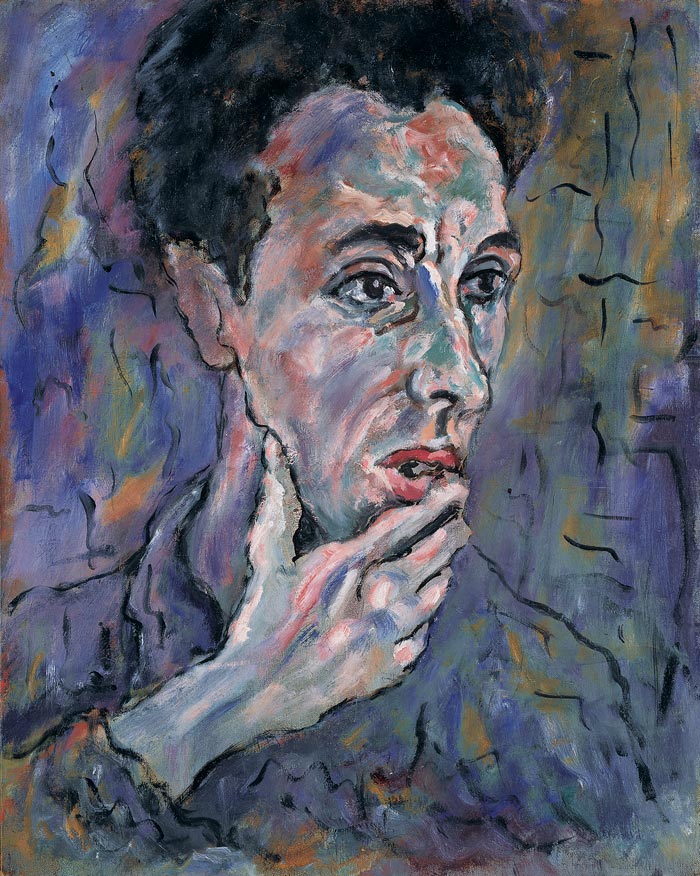 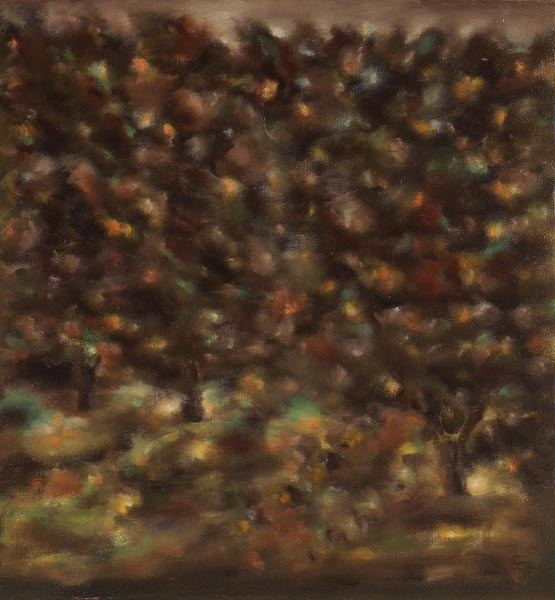 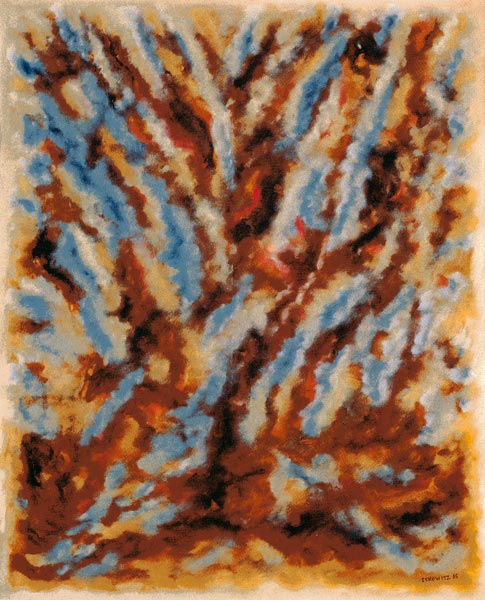 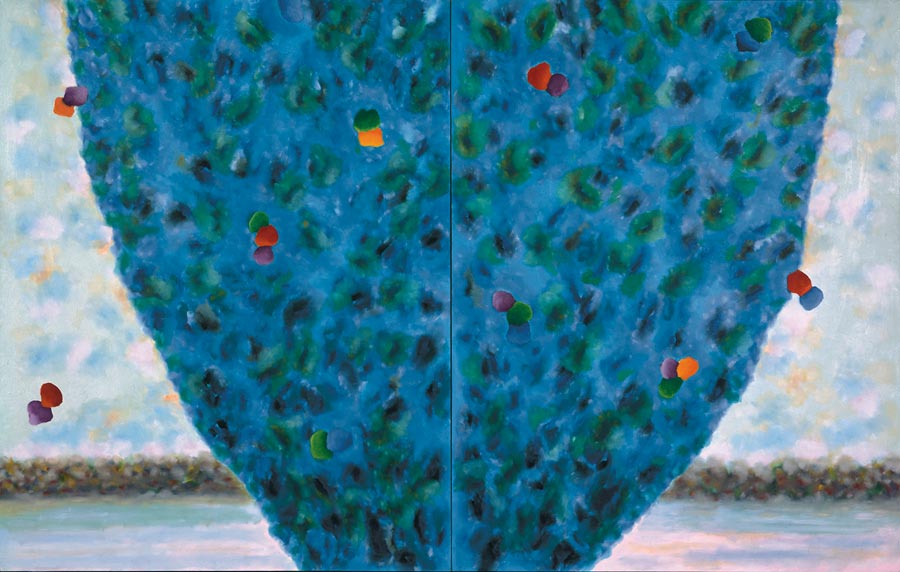 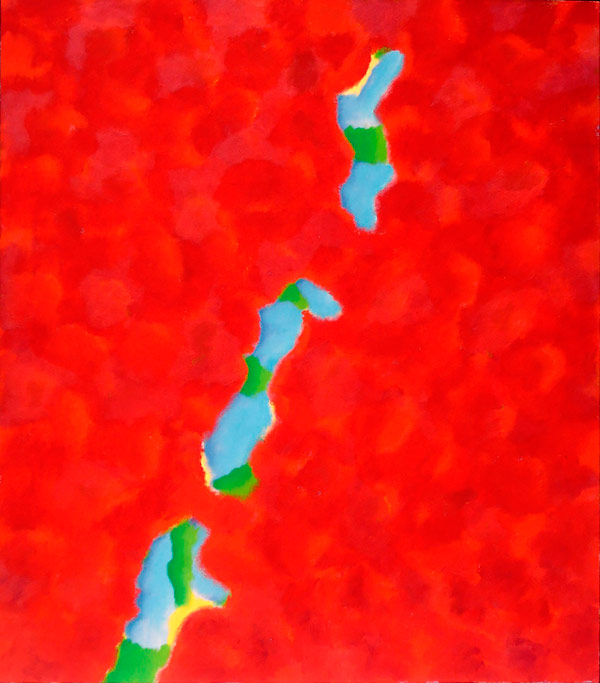 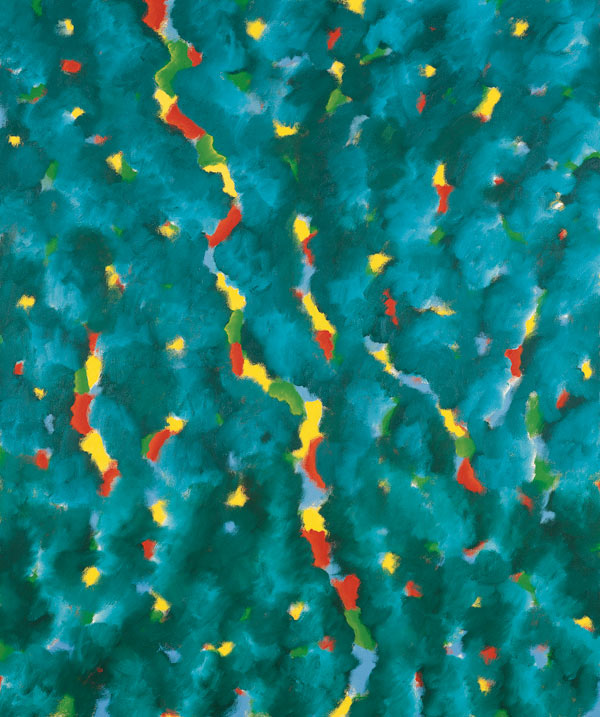 It was impossible to not be moved by these richly luminous, often intensely hued pictures, so exquisitely poised at that moment when landscape references dissolve into the tangibility of colour and paint.

GERSHON ISKOWITZ’s story is a remarkable one. Were we to take Theodor W. Adorno’s admonition that “to write lyric poetry after Auschwitz is barbaric” at face value, then Iskowitz’s life and art would constitute its ultimate refutation. If life is to persevere after Auschwitz, then surely lyric art is its saving grace.

The salient details of Gershon’s life are well known. Born in the small city of Kielce in Poland, he was forced into hard labour by the Nazis at the outbreak of World War II and eventually transported to Auschwitz and Buchenwald, while the rest of his family were killed in the gas chambers or otherwise murdered. Throughout his brutal internment, he never ceased to draw or paint—“I needed it for my sanity,” he later said—using whatever materials he could scrounge and successfully hiding his production from watchful guards. Somehow he survived, despite once being shot and left for dead, until he was liberated by the Americans in 1944. He eventually immigrated to Canada in 1949, struggling all the while with the holocaust themes that continued to haunt him until the early 1950s, when landscape subject matter finally took over. By 1972, when (along with Walter Redinger) he represented Canada at the Venice Biennale, his painting had become a jubilant celebration of the Canadian landscape in which dread and darkness had been banished by gloriously luminous colour and painterly joy.

I don’t think that Gershon became the consummate lyrical landscape painter that he was simply as a way to escape a painful past. Undoubtedly, his turn to nature had something to do with psychic healing, but it also had to do with what he felt art could finally do. Adorno, when he seemed to banish lyricism, had also had more pressing issues in mind: How do you make art about human suffering? How do you reconcile giving artistic representation to barbaric brutality against fellow human beings with the aesthetic enjoyment inevitably elicited by successful art? People who knew Gershon attributed to him a certain innocence, a preference for the simple things in life, but on this matter of art’s paradoxical efficacy he was not naïve. Adele Freedman, in her biography of Iskowitz, cites his reaction to a controversy that arose around the 1980 television screening of a film Playing for Time. Fanya Fenelon, the author of the book about an all-women’s orchestra at Auschwitz on which the film was based, had objected to the choice of Vanessa Redgrave to play her autobiographical heroine because she was a noted PLO supporter. For Gershon, such issues were utterly beside the point: “If they showed it the way it really was, you wouldn’t be able to watch it for a second.” Probably for this reason he resisted being called a Holocaust artist, because, as he said, “Eichmann has nothing to do with art. Anyone who is creative doesn’t think in those terms.”

ROALD NASGAARD
from The Gershon Iskowitz Prize: 1986 to 2006