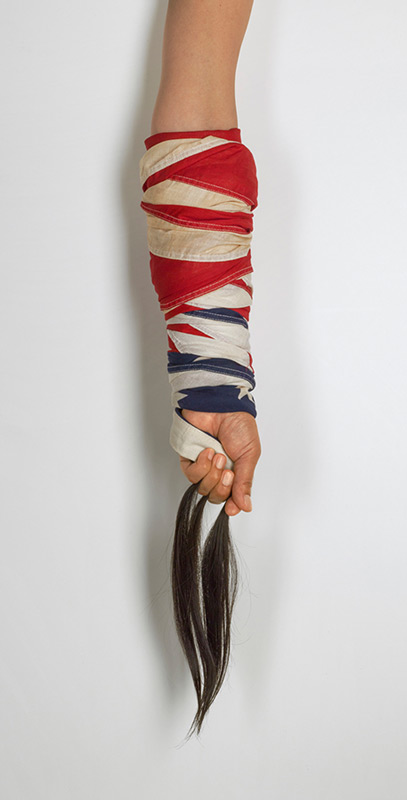 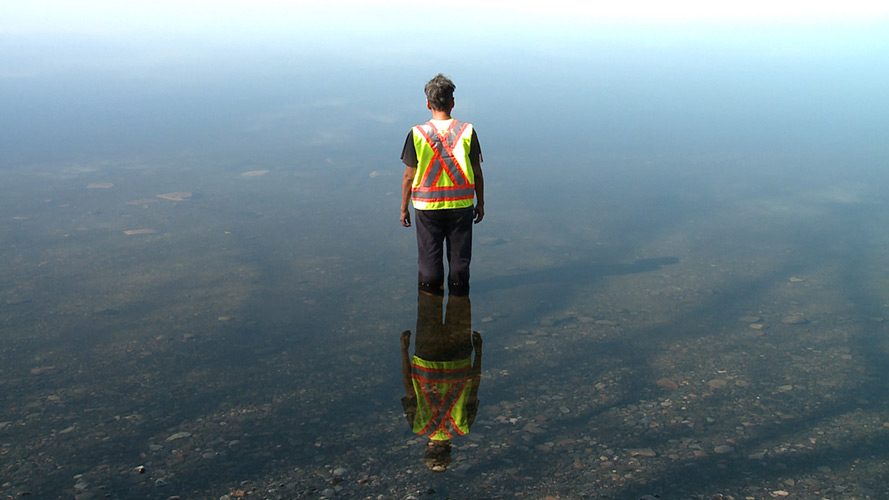 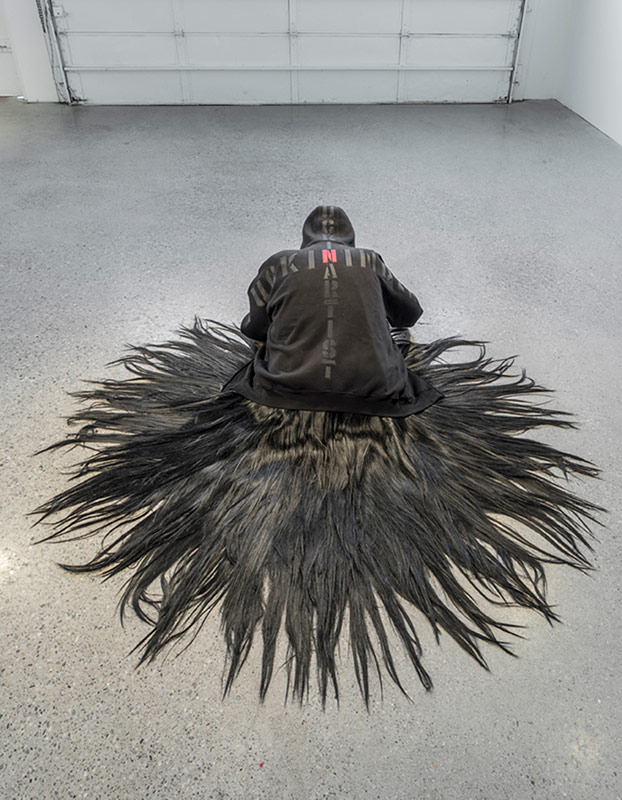 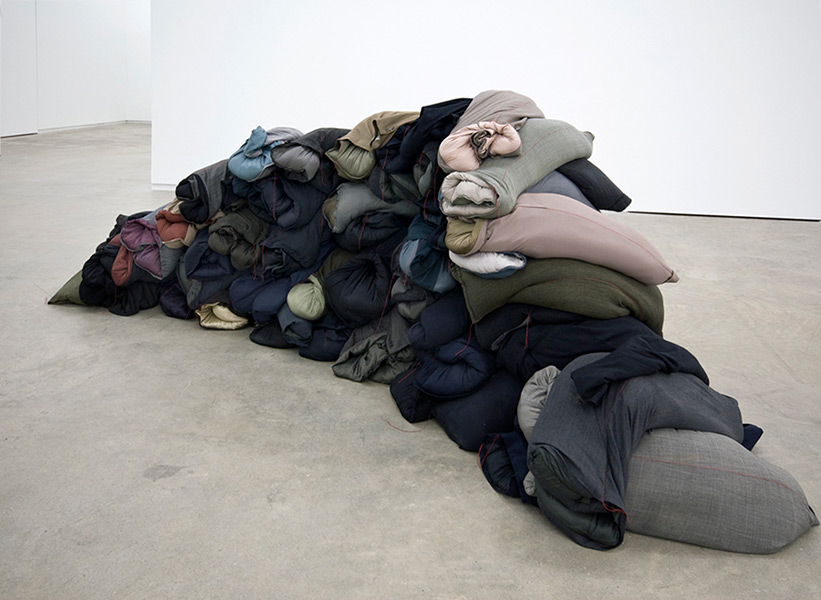 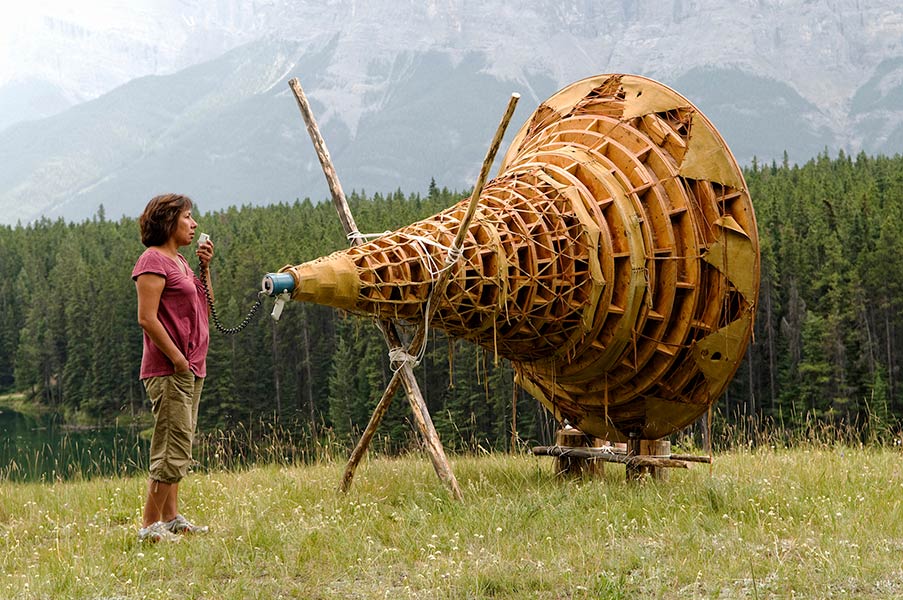 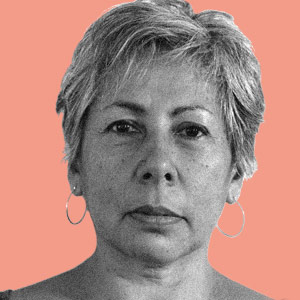 Rebecca Belmore born 1960 in Upsala, Ontario… lives in Vancouver, BC

Belmore’s extensive body of work is among the most powerful and celebrated testaments of First Nations’ resistance; it is also a persistent and forceful call to action, bearing witness to the ongoing urgency and need for change across this nation.

Over the past thirty years, Anishinaabe artist Rebecca Belmore has become known for her searing modes of public address that invite us to consider Indigenous and colonial history, and the urgent care of the land. Across diverse media – from performance and still image, to video, site-related projects, and immersive installations Belmore’s work directly connects with lived histories, places, memory, and identity marked by the embodied experience of indigeneity. Her work endeavors to break through persistent silencing and confront the continued violence against Indigenous peoples and the earth in Canada and beyond.

Politically engaged, Belmore’s work is as evocative and rich in association as it is poetic. It is distinguished by unsettling, powerful images and an elemental beauty achieved through the choice of colour and material, and the intricacy of craft and fabrication. In 1987, for instance, on the occasion of the British Royals’ visit to Thunder Bay, Belmore constructed a crinoline of beaver dam twigs and red velvet, adding breast plate porcelain saucers, buckskin tassels, and a crown of headband and braids to confront the royal presence on Native lands. Performing in a silent parade of Twelve Angry Crinolines (as conceived by Lynn Sharman), her hybrid regalia parodied the enactment of cultural stereotype by the Duke and Duchess of York, whose visit included stopovers in a pioneer fort and a ride in a birch-bark canoe. Rebecca Belmore’s costumed performance rose to the occasion, standing against the rehearsal of colonial ritual with sharp, incisive wit.

If her own body is the central element of her formidable and numerous public performances and interventions, it is most often to focus attention on the larger, lived realities of racial and sexual violence. Her haunting, large-scale performance-based photographs evoke bondage and liberation, life and death – colonial violence perpetrated on the Indigenous body. In the harrowing 2002 performance Vigil, Belmore, on her knees, scrubs the street and pulls roses through her mouth – stems, petals and all – while shouting, one by one, the names of the missing and murdered women of Downtown Eastside Vancouver. The labour of her body and the singular act of commemoration is a forceful, emotion-laden indictment of the systemic dismissal and willful disregard of Indigenous women in one of the country’s poorest urban neighbourhoods.

Some of Belmore’s performances find expression in photographic works and video documentation; others remain active as sculptural objects, such as the monumental Ayum-ee-aawach Oomama-mowan: Speaking to their mother (1991). Created in response to the Oka crisis, Belmore’s exceptionally large and detailed wooden megaphone was devised to amplify the voice, supporting an era of intensified First Nations protests. The megaphone toured from Parliament Hill to First Nations territories across the country, and was borrowed by the Assembly of First Nations in protest of the First Ministers conference in Ottawa on First Nation’s Day in 1996. To this day, the work continues to be borrowed from the museum collection where it is held to serve activist communities who want to address and acknowledge the land.

Belmore’s extensive body of work is among the most powerful and celebrated testaments of First Nations’ resistance; it is also a persistent and forceful call to action, bearing witness to the ongoing urgency and need for change across this nation. 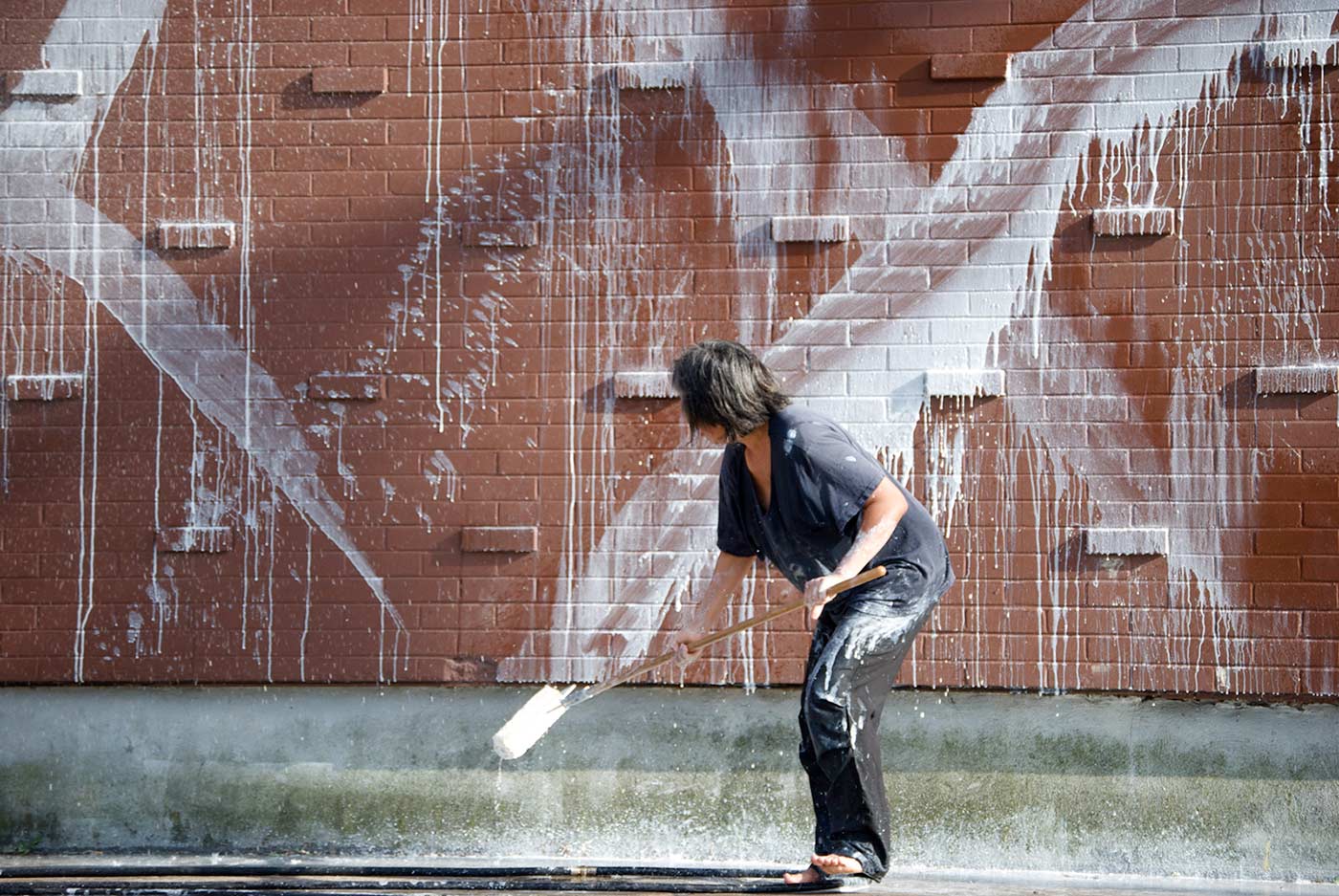