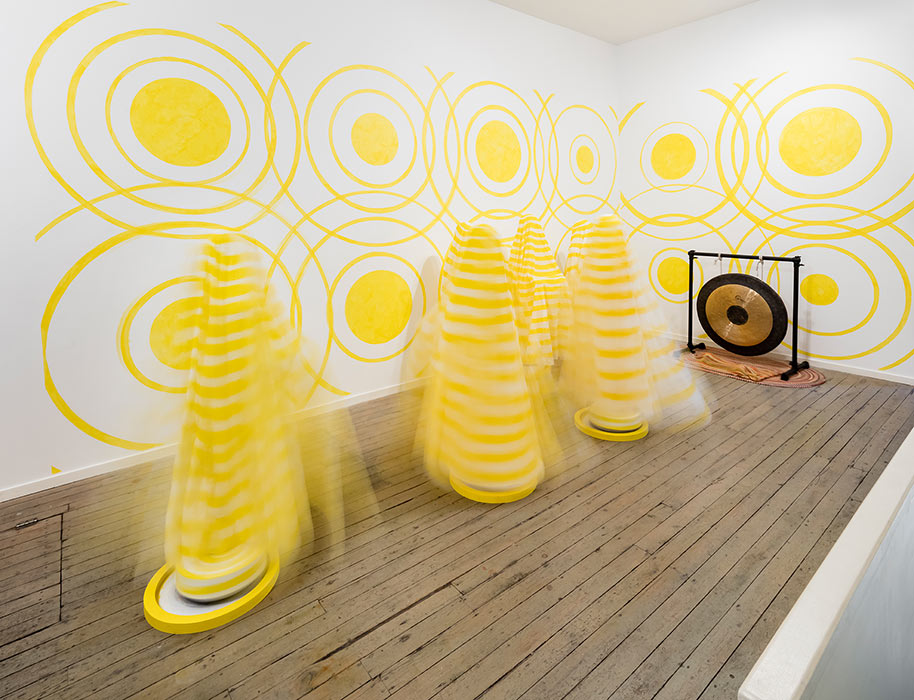 The Bones in Golden Robes 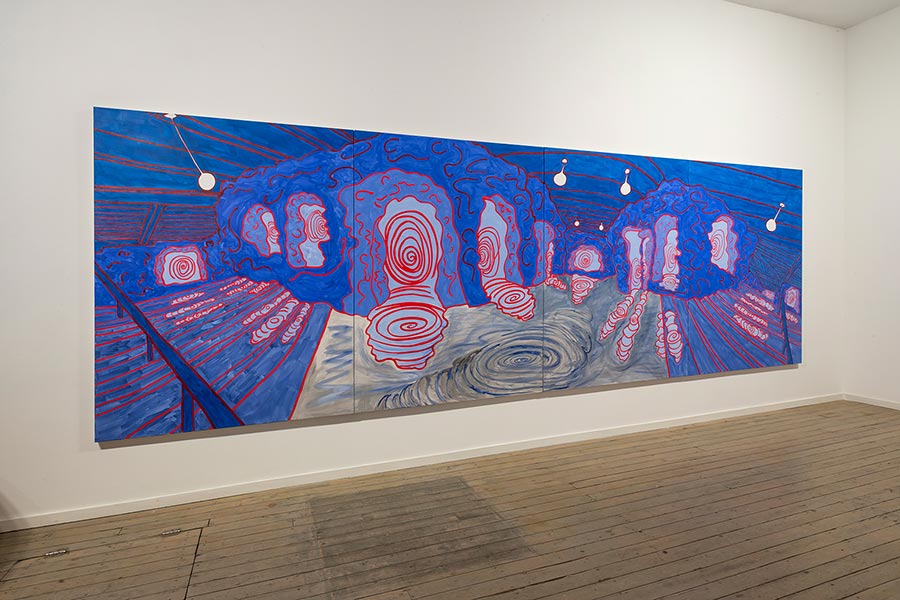 2013
from The Basement Panoramas 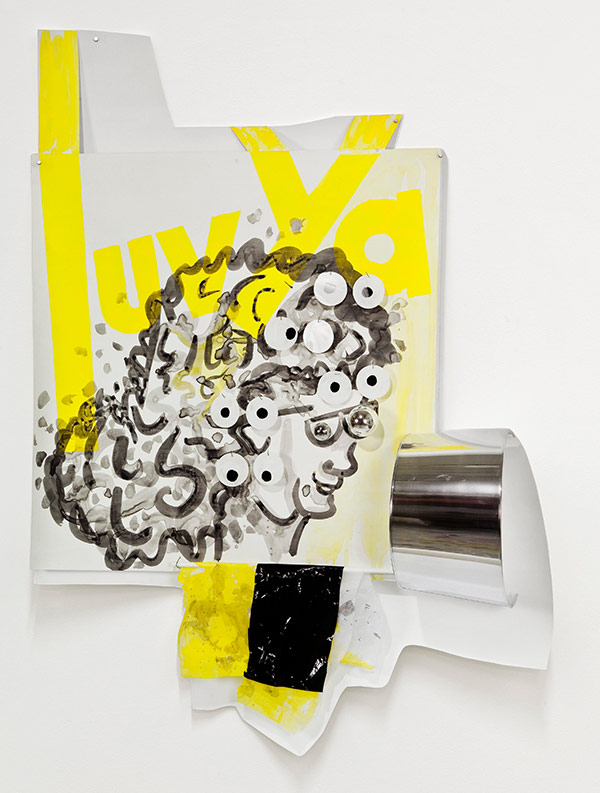 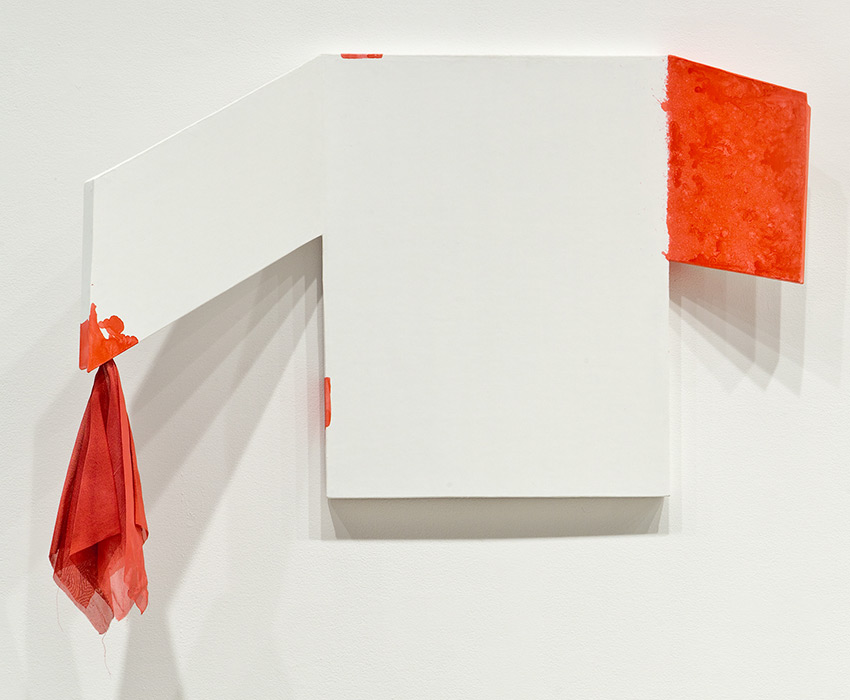 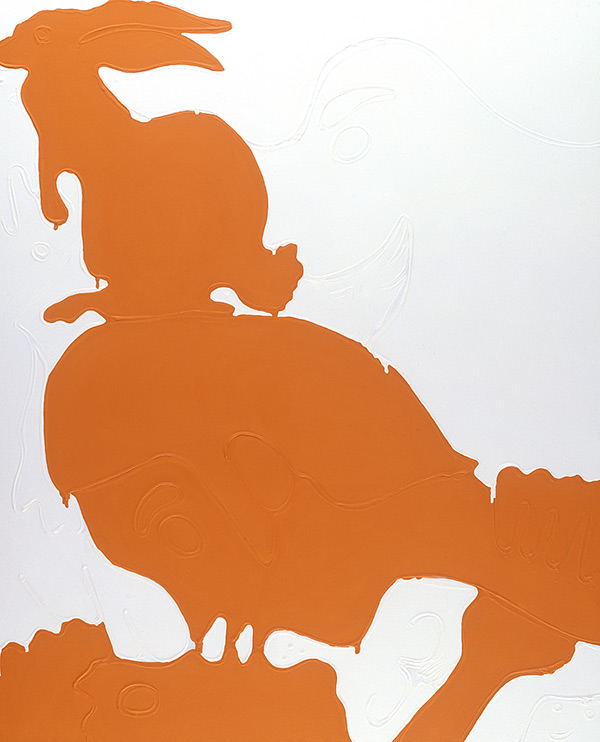 Ride. Boy with a Rabbit on HIs Head. Orange. 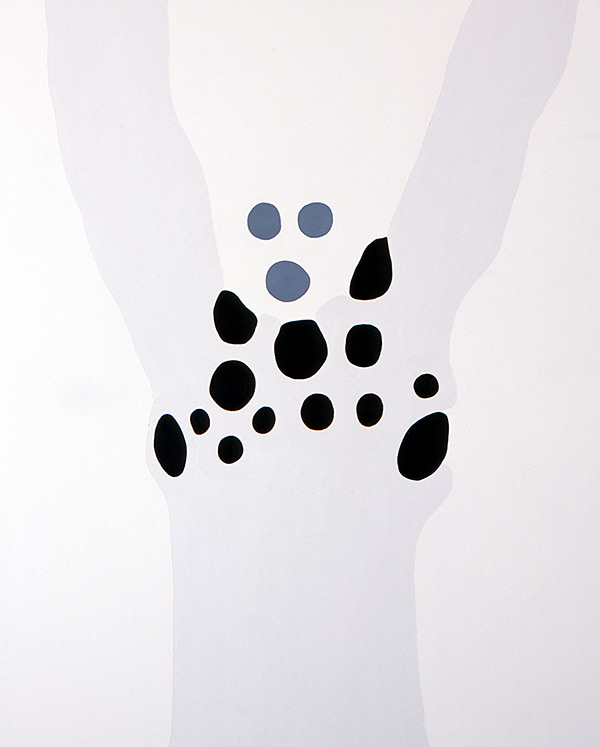 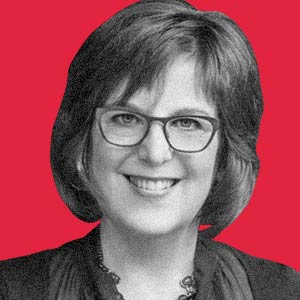 Sandra Meigs born 1953 in Baltimore, Maryland… lives in Victoria, BC

For Meigs, painting is a way of materially and metaphorically investigating the world, a way to engage with psychological states and existential questions.

Upon entering All to All, Sandra Meigs’ dense–and intense–exhibition held at Susan Hobbs Gallery in October 2015, what immediately came to mind was how expansive her conception of painting is. Painting is at the heart of her practice, but it is only sometimes contained within the surface of a stretched canvas mounted on the wall, and even when it is, the works tend to be so large that they become immersive. For Meigs, painting is a way of materially and metaphorically investigating the world, a way to engage with psychological states and existential questions. While she treads fearlessly into the territories of sculpture and installation, often including text, sound and movement and even incorporating performance in her work, it is nonetheless with painting–its history, its codes, and its possibilities–that she has maintained a long and sustained conversation.

Her two most recent exhibitions, All to All (2015) and The Basement Panoramas (2014), provide evidence of the richness and polyvalent nature of this conversation. The former contained over 150 multicoloured disks, either pinned to the wall or leaning on easels. They so completely filled the long, narrow gallery that the viewer was forced to gingerly weave through a visual and sonic maze of spinning, swirling, clinking and clamouring. The 2014 exhibition, on the other hand, consisted of four mural paintings so large that a single canvas ran the entire length of that same space and the show required two separate venues. The basements in question are identified in the titles of the works by a colour (yellow, blue, red, grey), an address and a state of being (insomnia, breath, mortality, transformation). The depictions of architectural spaces in The Basement Panoramas are so expansive that the eye had trouble coming to rest, while All to All called for physical movement through the densely peopled space of the gallery.

In both of these exhibitions the viewer was thrown into a tragicomic universe in which anxiety and joyful defiance co-exist and the endless possibilities of painting are affirmed. Since her first exhibition in Toronto in 1980, tellingly entitled The Maelstrom, Meigs has used whirlpools, spirals, loops and vortexes to structure both architectural and abstract spaces, thereby evoking both the out of control spinning that may accompany many psychological states and the infinity of space and time. The human face is another dominant and recurring motif, delineated in some works simply by two large eyes peering out of an abstract expanse, in others by a smile, a frown or a furrowed brow. In still others, a rudimentary face fills the entire surface of the canvas. Meigs’ own emotional states are projected onto and emanate from her canvases, but she also inevitably involves the viewer in the questions she so masterfully raises and depicts.

Sandra Meigs has exhibited extensively in Canada and abroad, and has taught for many years in the Visual Arts Department of the University of Victoria. Through both her artistic practice and her teaching, Meigs asserts her belief in the importance of experimentation, constantly pushing the boundaries of what painting can be. Hers is a conceptual practice firmly grounded in a profound understanding of the transformative power of materials. 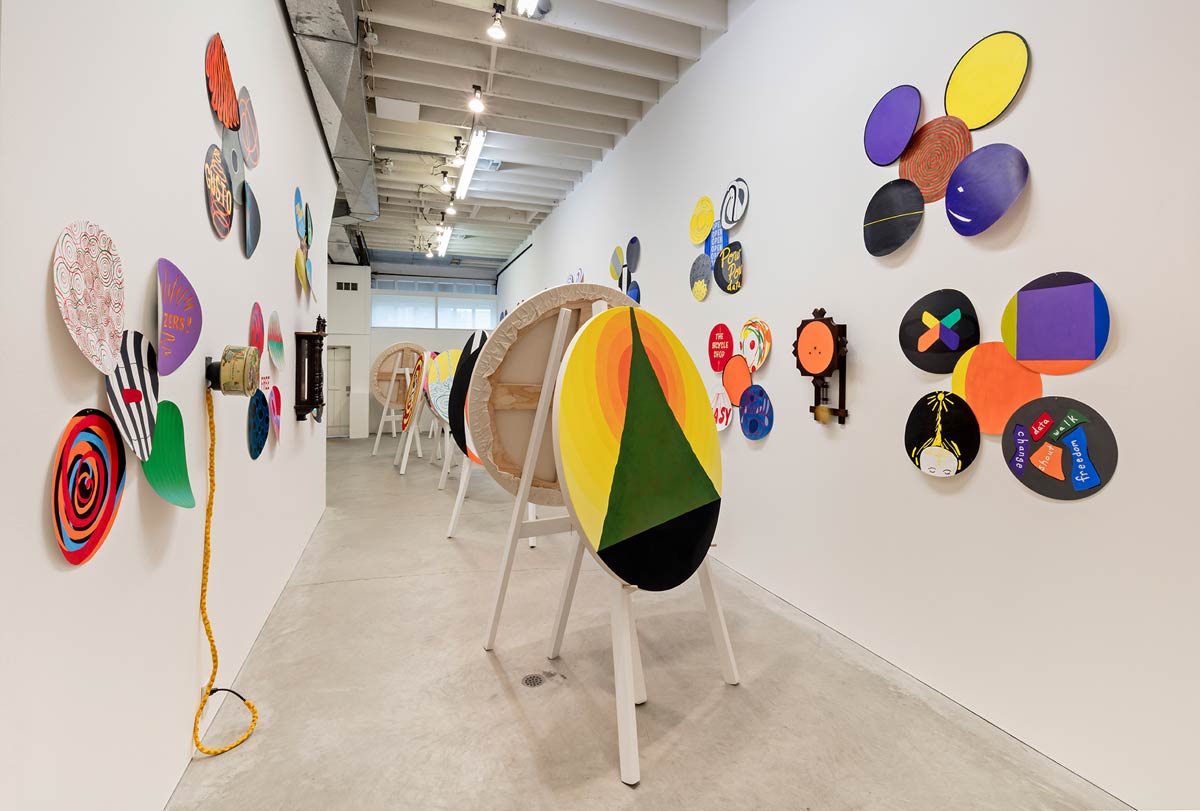 All in All, 2015
Installation view at Susan Hobbs Gallery

All images courtesy the artist and Susan Hobbs Gallery