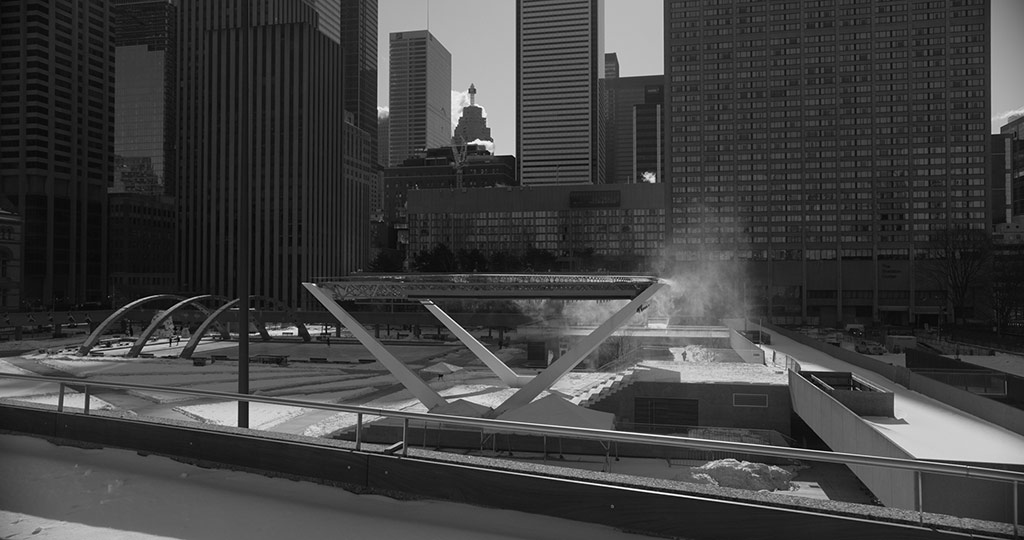 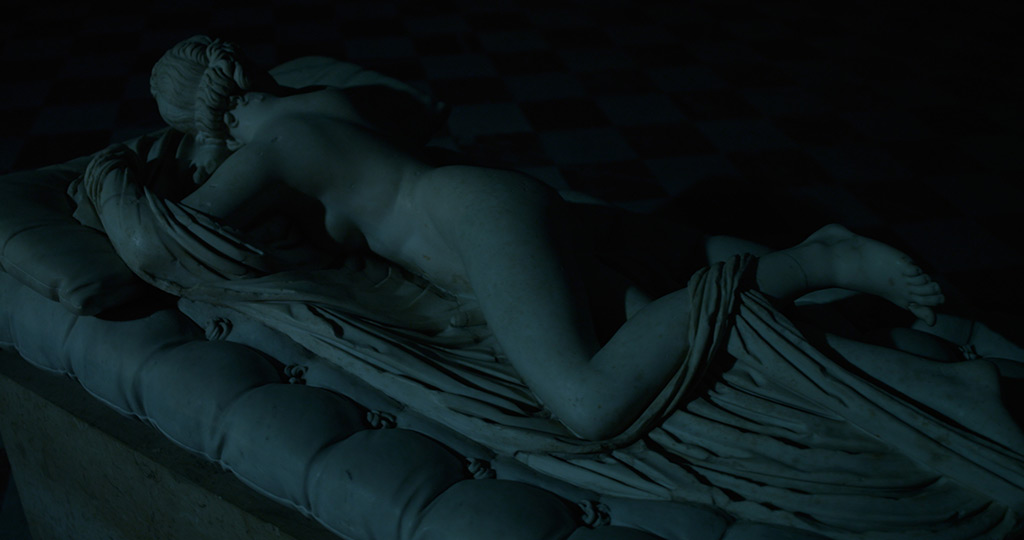 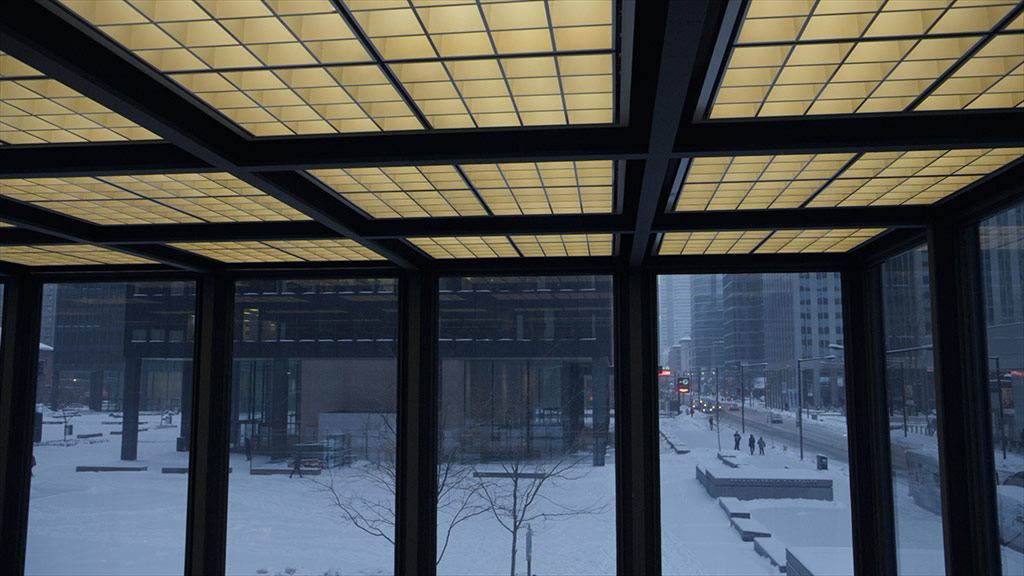 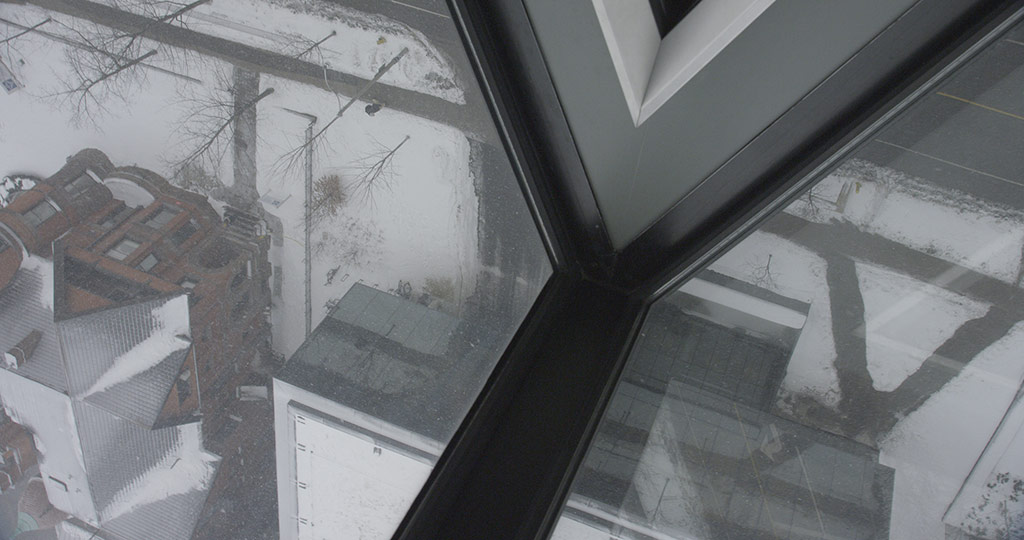 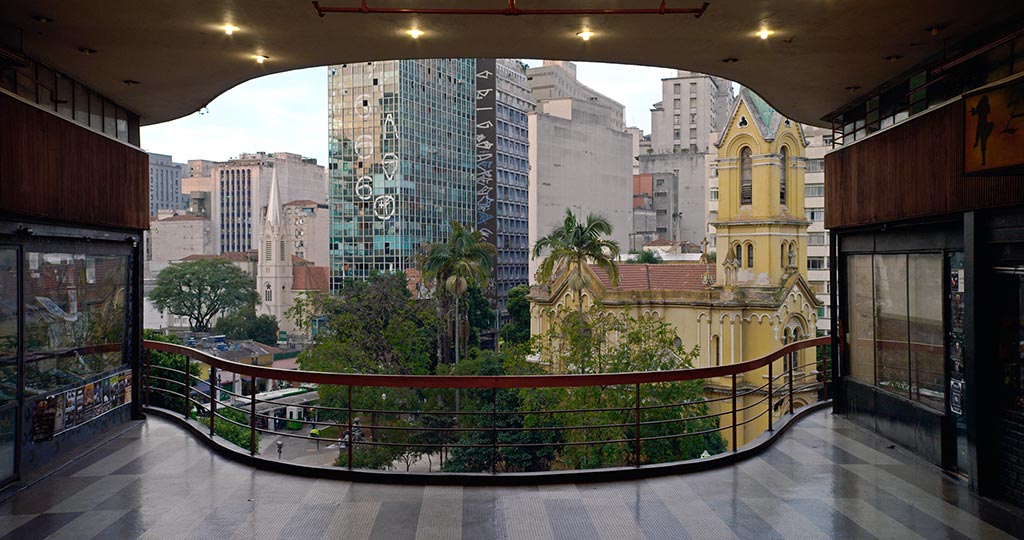 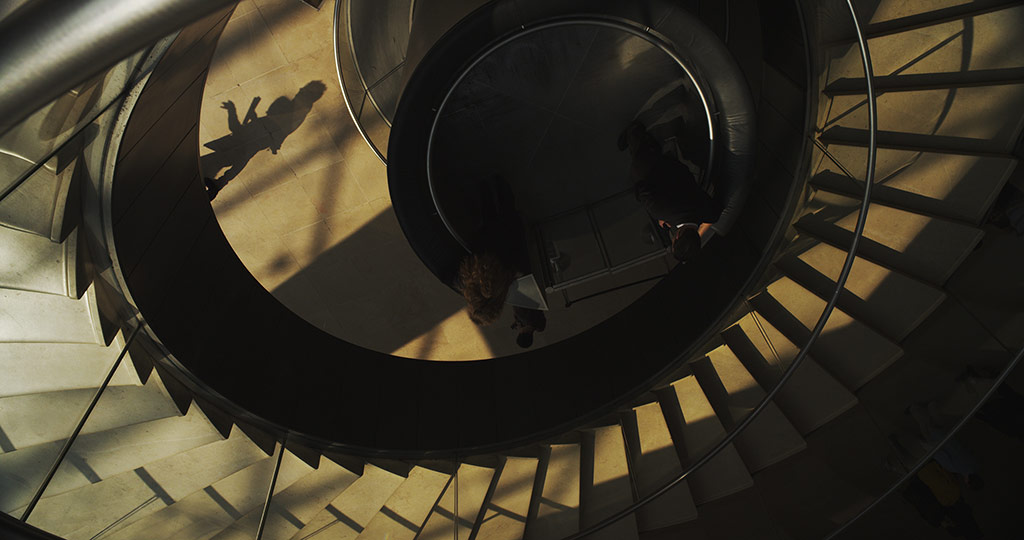 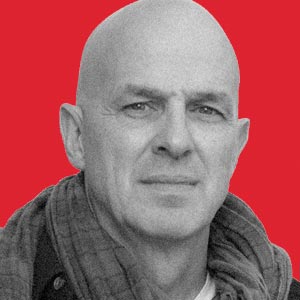 Mark Lewis born 1957 in Brussels, ON… lives in London, UK

Mark Lewis is internationally renowned for his quietly majestic, extraordinarily focused films that confer unique, mesmerizing experiences of movement through time and place.

Mark Lewis is internationally renowned for his quietly majestic, extraordinarily focused films that confer unique, mesmerizing experiences of movement through time and place. If his early interests were in the conventions of mainstream cinema and the de-construction of narrative film, by the late 1990s he began to explore film for its own unique pictorial and temporal modes of representation—which remain his major interests to this day.

Many of his films initially appear singular in focus and minimal in structure; over the course of their unfurling, however, they offer surprising filmic twists, reversals of perspectives, and dramatic optical events. These are brought about by the intertwining of the particular mechanics of the camera apparatus and the found and/or composed scene in its purview. Made by way of a slow reverse zoom, Algonquin Park, Early March (2002), for instance, begins with a span of white screen that the viewer perceives to be sky, but suddenly reveals itself to be the image of a vast frozen lake in the far distance of which a group of skaters play hockey. The appearance of the skaters comes as a special shock, disambiguating the visual scale of the image and referencing the tradition of the Sublime in 19th century North American landscape painting. Employing the basic structural aspects of cinematic movement—the camera pan, tilt, zoom, and tracking shots—Lewis’ ‘motion pictures’ indeed fuse pictorial composition from the history of still photography and painting to those of experimental and mainstream film.

While Lewis has a penchant for both rural and outdoor Canadian landscapes, the majority of his films are embedded in the contemporary metropolis—from London to Paris and São Paulo to Toronto—with its multiple and layered idiosyncratic histories and the pictorial traditions associated with them. Sometimes his films focus on the rich montage effects of the built environment, the high-rise glass curtain’s mirroring and transparent framings of the inner city; at other times the camera might linger on the multi-directional flow of escalators and city traffic at rush hour, or follow the maze-like loops of housing estates. Insofar as there are people in his films, Lewis is less interested in individual subjects and more often weaves subtle narratives evoking social dynamics—the comings and goings of people, their meeting and parting, playing alone or getting lost in crowds. These are rather archetypal moments, akin perhaps to what the Charles Baudelaire demanded of the painter of modern life: to seek the eternal amidst the bustling intensity of the burgeoning life of the modern city.

Almost all of Mark Lewis’ works are conditioned upon the 400-foot standard format of a spool of 35 mm film. Even now, as his work has migrated into the digital medium and is no longer bound to analog formats, his works are commonly presented in a gallery rather than cinema setting to allow repeat viewing and the immersive perambulation of a pedestrian viewer. Amplifying his ongoing aesthetic interests, the newer works increasingly render the visible with the magic fluidity made possible by the digital medium. Freed from sustaining complex foreground and background set-ups in every image, the visual field is further expanded by the drone mounted camera that can literally ‘fly’ through the air, traverse closed window panes, and whirl through virtually infinite perspectives rendered by digitally stitching together thousands of independent stills as in an animation, transporting the viewer’s sense of embodiment and vision into the liquefied temporal and spatial matrix that we have come to understand as the peculiar challenge of global modernity: its dissolution of rules and conventions, its freedoms and intense precarities, all condensed in Lewis’ contemporary motion images. 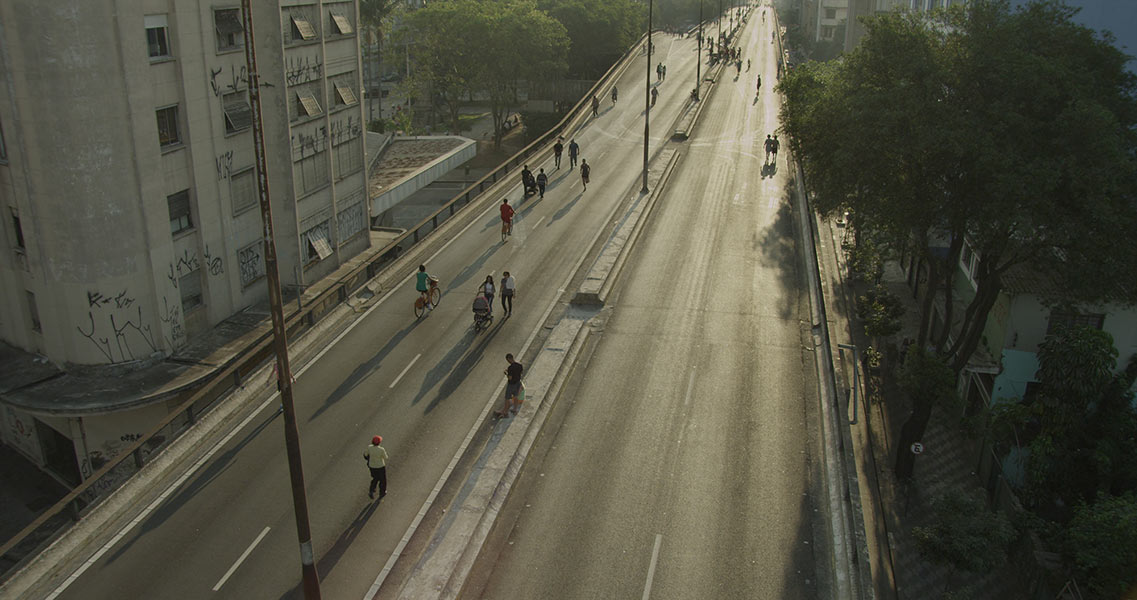 Above and Below the Minhocão, 2014
Film still courtesy the artist