Whether I Liked the Book 2 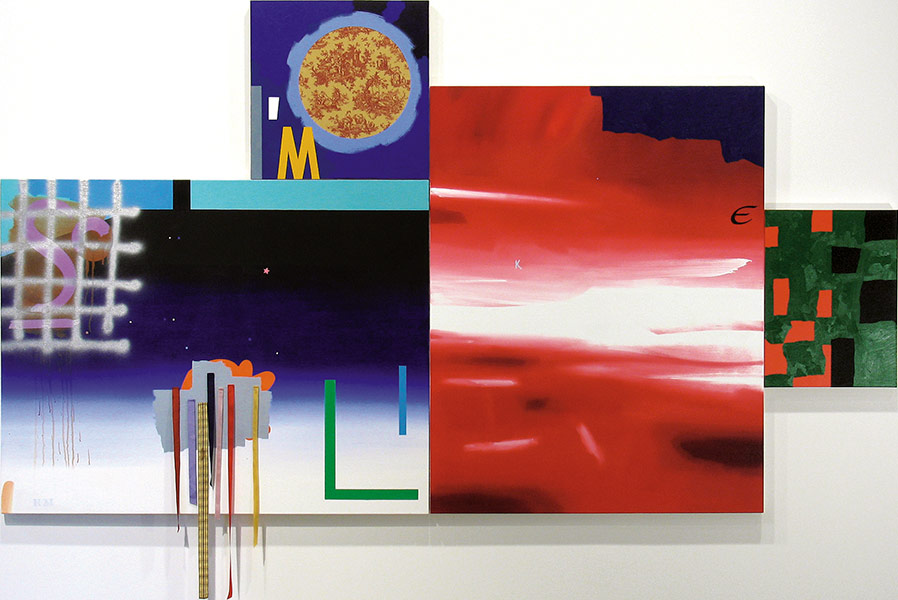 2005
Collection of the artist 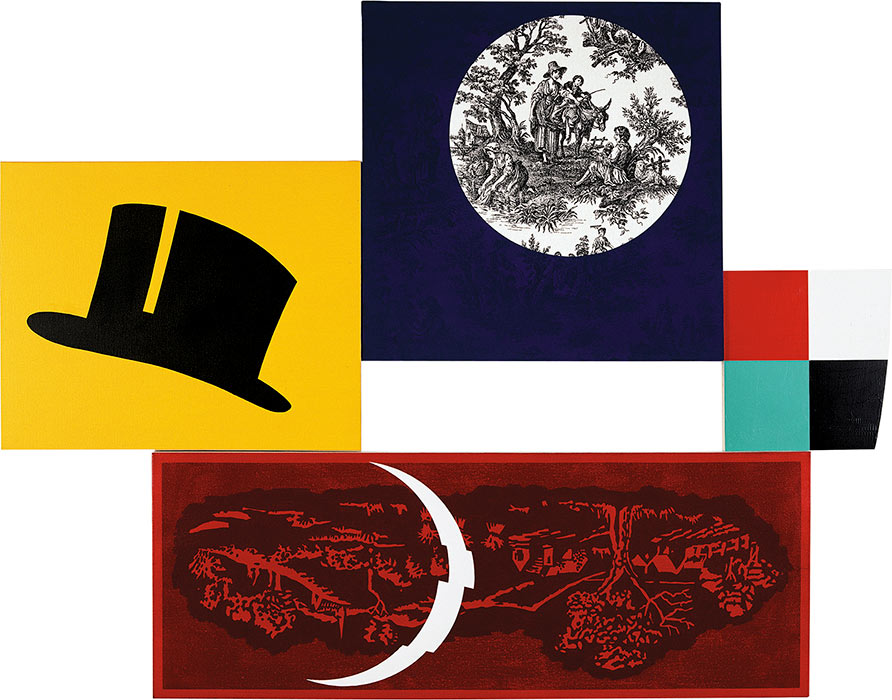 1996
Collection of the artist 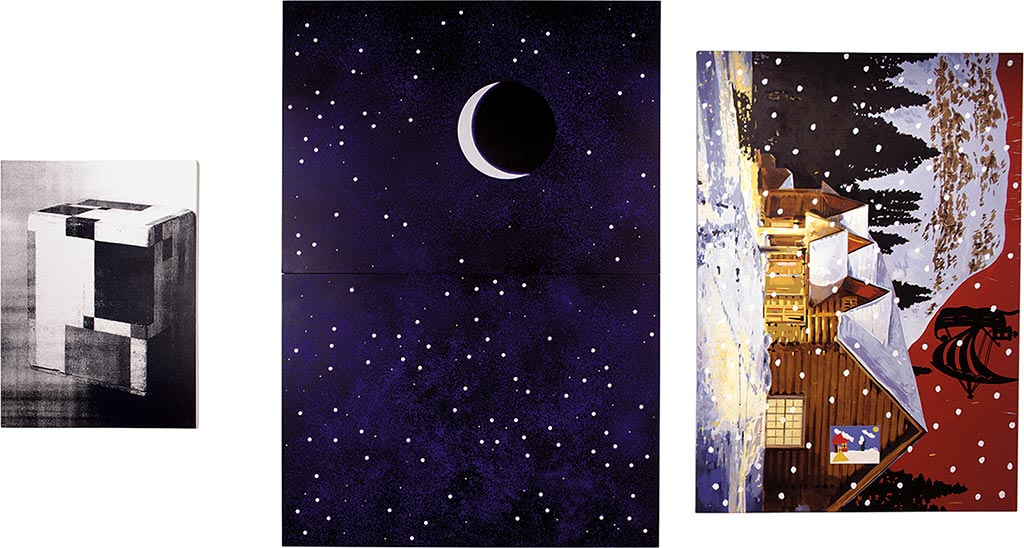 1993
Collection of the artist 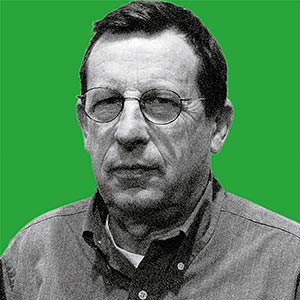 From the early 1970s onward, Ron Moppett has carefully constructed works that employ a multiplicity of spatial illusions and perch on the edge between abstraction and representation.

From the early 1970s onward, Ron Moppett has carefully constructed works that employ a multiplicity of spatial illusions and perch on the edge between abstraction and representation. His personal symbols, images and references—combining low- and highbrow sources, magnification, illusion, flatness and intensely saturated colour—are both discerned immediately and unravelled slowly, like an archaeological excavation.

His unstretched and sewn canvas December (Rose) B (1970/71), for example, intersperses two vertical blue bands and a central yellow one with four seemingly recessive stripes in irregular patterns of stained and collaged colour. Then smack dab in the middle is an illusionistic pink rose, seemingly the most prominent element yet also, with its flat truncated leaves, set back.

Breath, painted in 1994/95, links disparate renderings of water, light and air/sky. It is both an abstract painting and a combination of dark water seductively sparkling, a rosy golden sunset, a night sky full of stars, and symbolic waves on a fabric ground—or are they monitor readings of respiratory and heart rates? Adding a sculptural element, and literally tying the painting’s four segments together, seven strings loop outward from the top centre—a curtain parting, or the north wind’s breath?

Years later, in the more complex and more chromatically intense Whatif/Twilight (2008), a large central panel opens up the illusory layers of a Day-Glo South Pacific idyll. But in a centrifugal sleight of hand, flat, stencilled shapes (including a familiar repertoire of top hat, chair, and dots) bring one’s eye back to the surface. And perched obliquely on the floor in front is a small abstract panel composed of vertical bands in bright blue and white—a nod to a beach chair? The seemingly bucolic scene is disrupted by the foreboding shadow on the “beach” of a hovering helicopter. “I’m aware,” Moppett has written, “that my pictures often reflect a darker side of things…”.

He has also written that he hoped that his work was “a slow read.” Indeed, one can’t help but want to try to decode the images and uncover layers of meaning. In attempting to decipher the work, one is swept into and around the picture. There is a trance-like quality to Moppett’s work. He seems to have conjured up aspects of a dream and been able to present them, painted in full colour. The whole has no summation, yet fragments are crystal clear. One reads his work often in a vortical fashion, careening from one area to another, nudged on by references or forms that contrast with, evoke or complement one another. The symbols are personal yet accessible.

Although Moppett acknowledges working with an apparently dense vocabulary of signs, he has confessed that he is more interested in the openness of abstraction than a closed encoded narrative. “I look for a variety of approaches to abstraction and find touchstones in the work of other artists, popular culture and in the rich emotional and psychological responses triggered by everyday things.” In awarding the Gershon Iskowitz Prize to Ron Moppett in 1997, the jury described him as a beautiful painter, who distills shapes and forms in complex ways. The jury also agreed that he had not been sufficiently recognized. 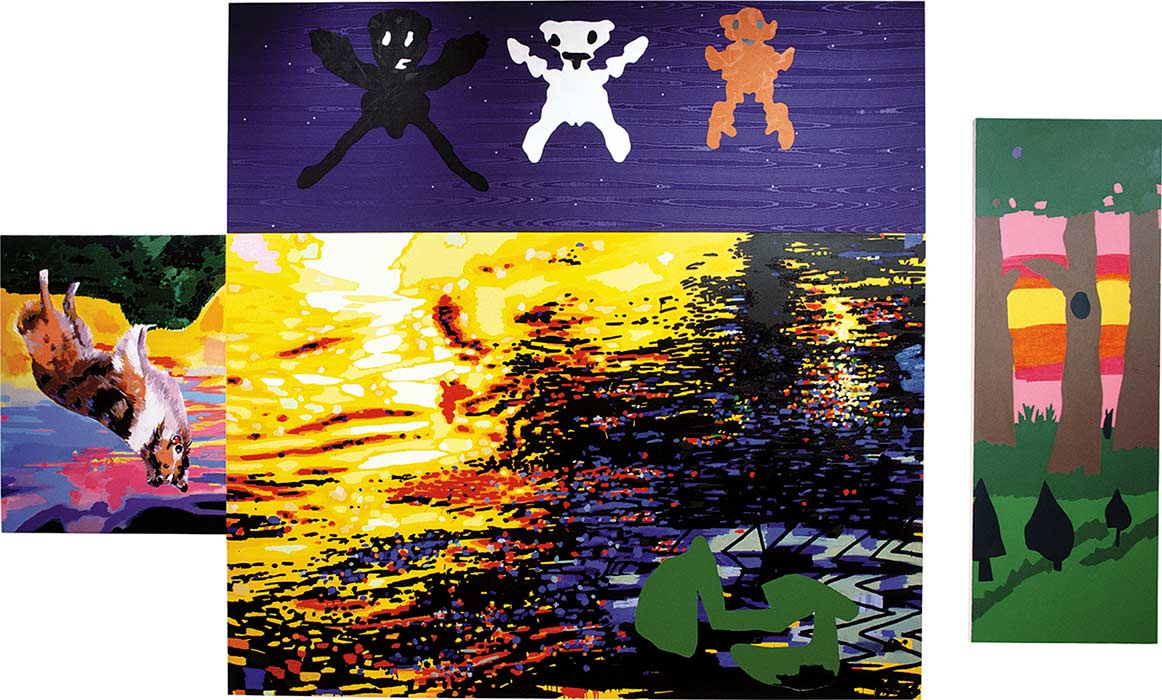