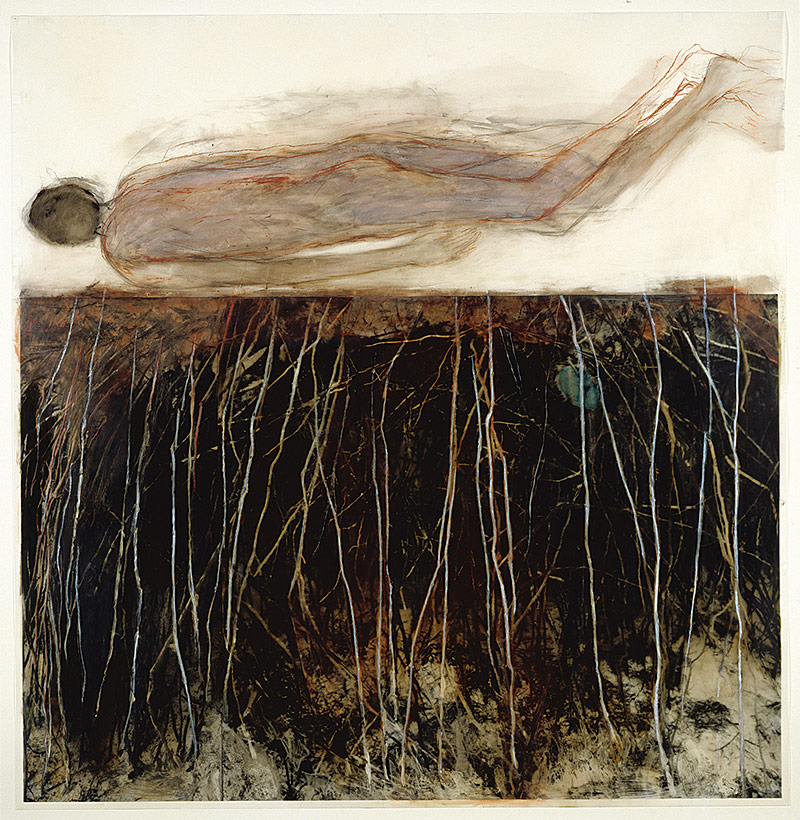 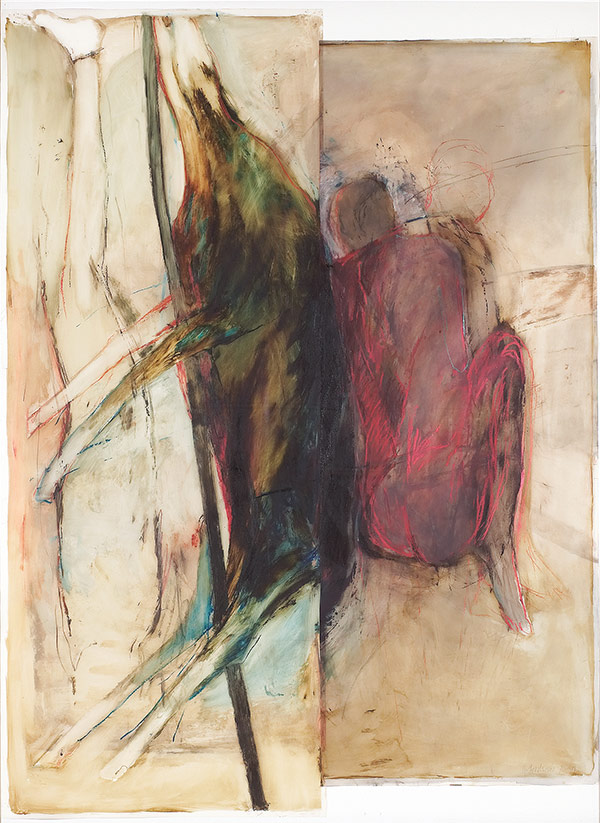 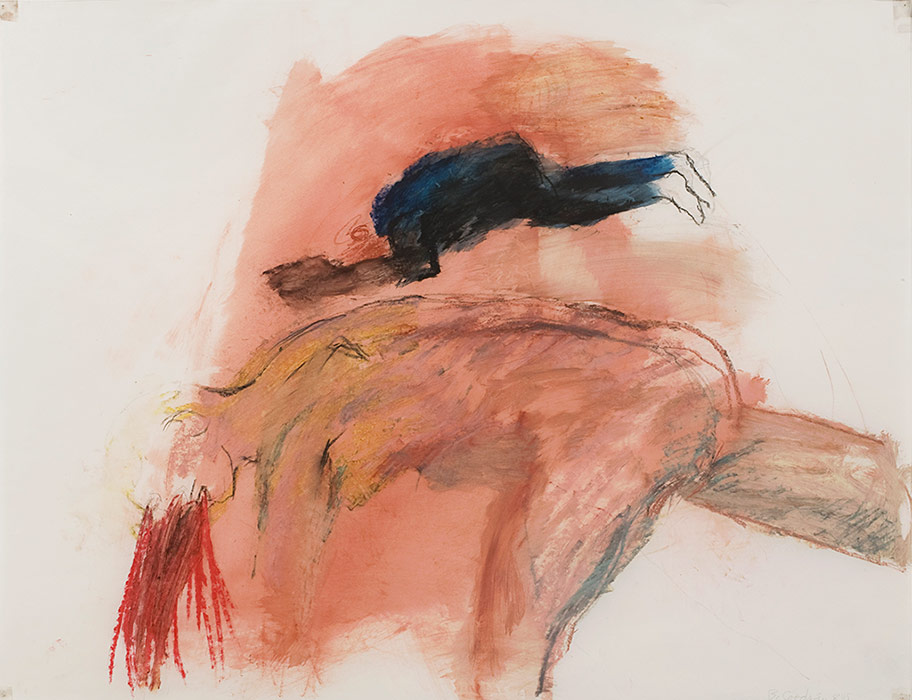 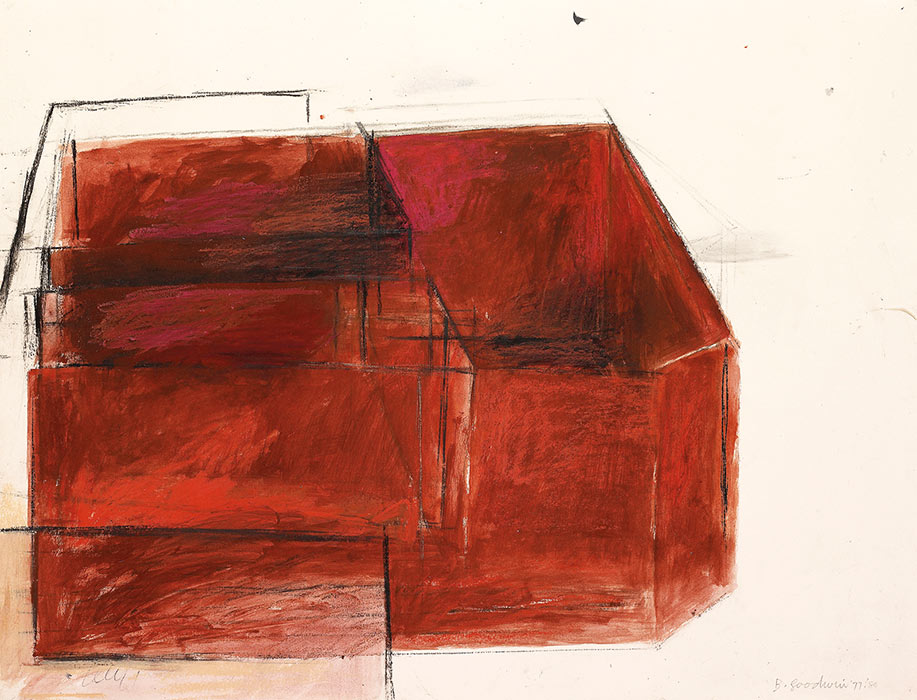 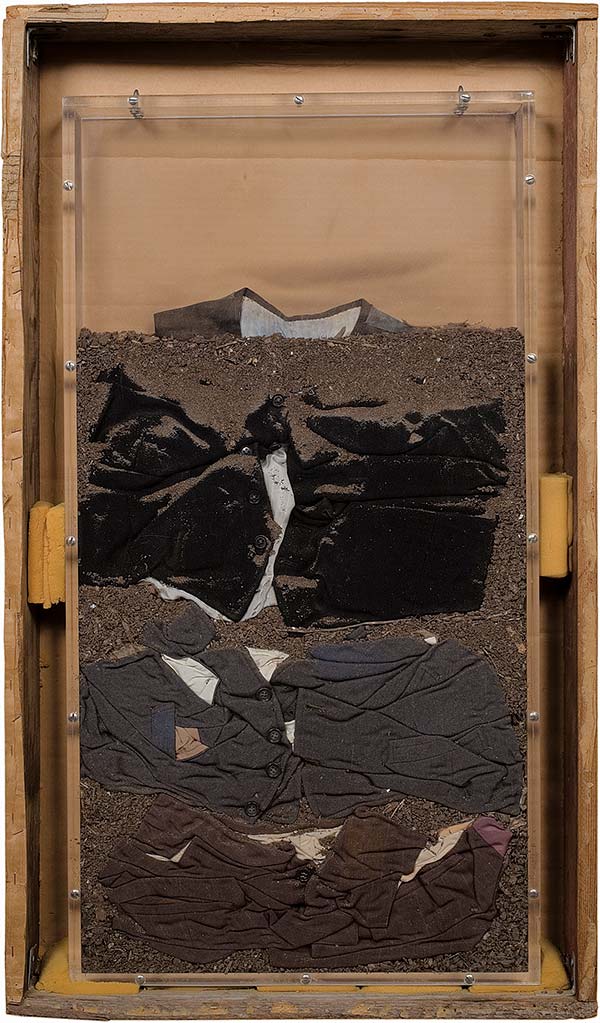 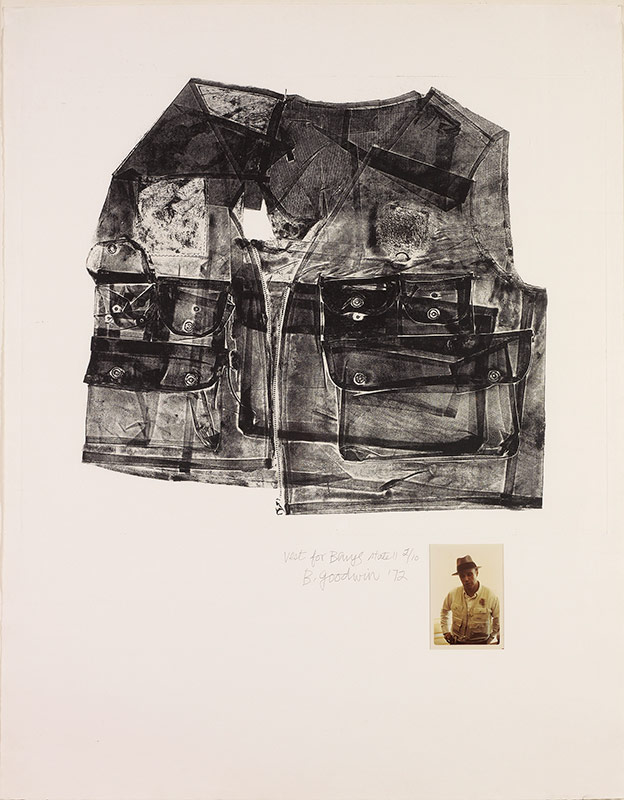 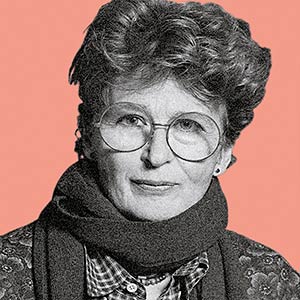 Drawing bore witness directly to a struggle to wrest her subjects from oblivion. Her characteristic tracings and erasures marked a purposeful instability and gave her images life.

Betty Goodwin’s work had long since claimed an iconic presence in the recent history of Canadian art by the time she died in 2008. The scope and scale of her productivity belies the well-known fact that she was a late starter. For years she searched, often with an astonishing degree of self-critical awareness, for the moment and the milieu that would finally allow her in mid-life to make the work that inspired a celebrated career. That work eluded easy categorization as it developed through several media. A freedom to explore new media and approaches to art-making characterized the breakdown of artistic canons in the 1970s. In Goodwin’s case, though acutely aware of and stimulated by the artistic developments unfolding around her, she also always appears to have seen her own activity as boundless in the sense that she often described the process of making a piece as one that was open-ended, without a prescribed vision of its resolution. Over the years she embraced an astonishing range of materials and scale in her work, always making her signature drawings but also conceiving and realizing major sculptural installations that incorporated drawing.

It was Goodwin’s celebrated soft-ground etchings of men’s suit vests, the kind her father made in his workshop, that launched her toward ever more ambitious projects over the next four decades. The imprint of this garment registered the presence of an absent body. This sense of past presence, of lives lived, was re-created through her subtle emphasis on the surface details of used transport tarpaulins and in her evocative reworking of the interior spaces of a vacant east-end Montreal house (4005 de Mentana Street, 1979) or again when she altered an old classroom at P.S.1 (1979). Meanwhile in her River Piece project for Artpark (Lewiston, NY, 1979), the now recurrent theme of the passage appeared in the doubling of geological form with the shifting planes of a bed-like structure associated with the human body. Later her swimmers, which often appear to be half drowning, her animals and figures and her chairs and figures series bore witness to the artist’s antenna for moments when life is at its most fragile and for the tragic cruelty of humankind.

Throughout her career, drawing remained at the heart of Goodwin’s work. Her recourse to this medium as a primary rather than a secondary or preparatory activity was prescient. Drawing is mobile, potentially limitless and materially direct. It has again become a prominent medium for contemporary artists. For Goodwin, drawing most easily permitted the tentative forays and retreats she made in the process of forming her images. Drawing bore witness directly to a struggle to wrest her subjects from oblivion. Her characteristic tracings and erasures marked a purposeful instability and gave her images life. A deeply private person who did not teach, Goodwin’s influence was never direct. Rather her curiosity and determination led to a prodigious flow of related series of work and a fearless use of diverse materials that inspired artists of different generations. 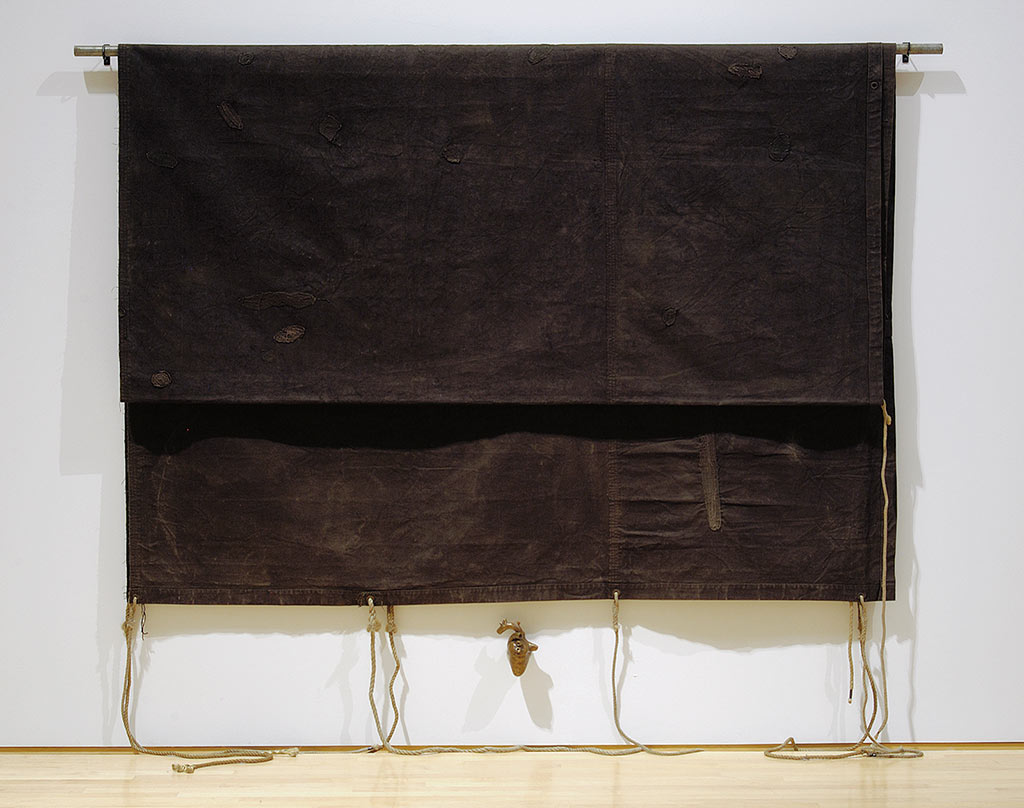 The Cry Took Its Place among the Elements, 1973
Art Gallery of Ontario
Gift of The Amesbury Chalmers Collection, 2005