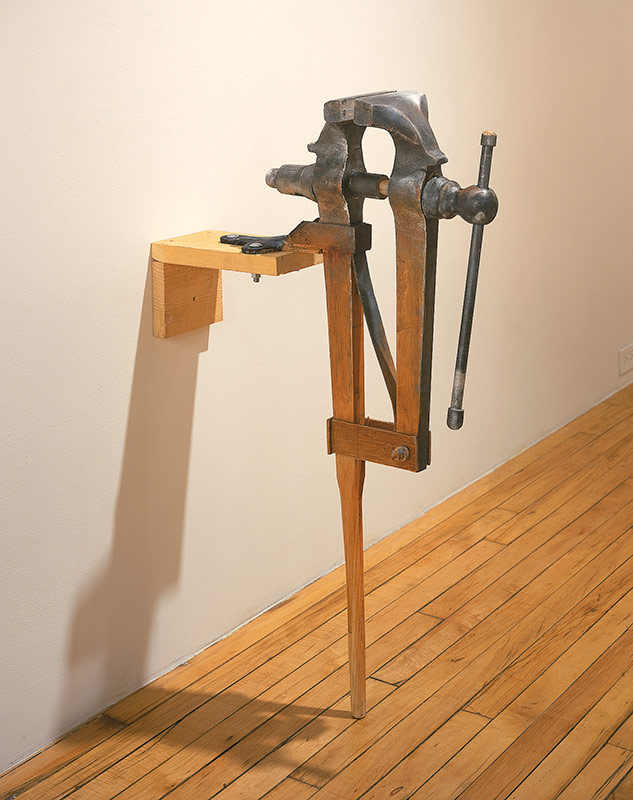 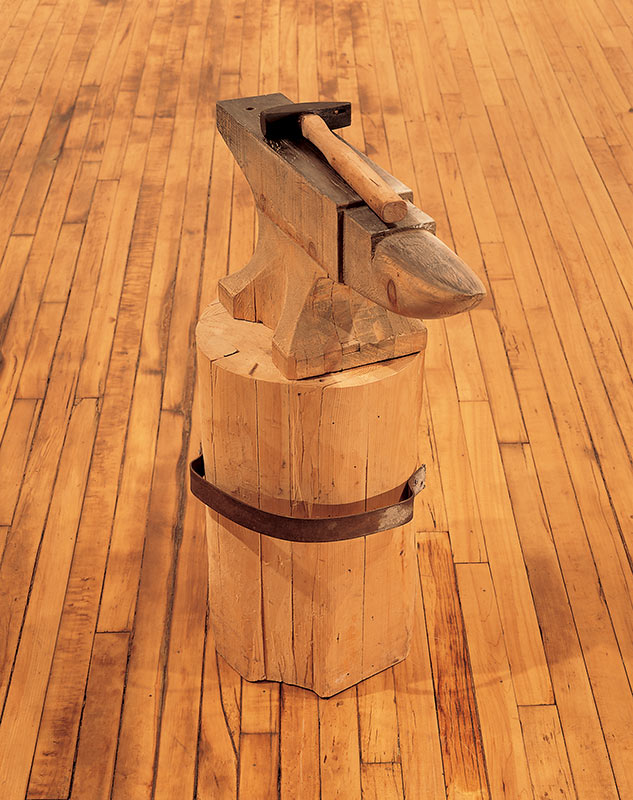 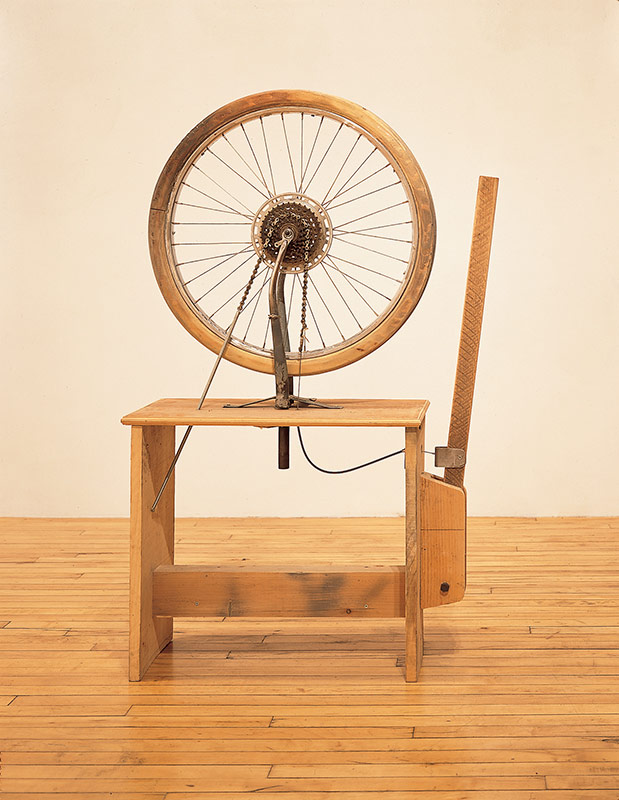 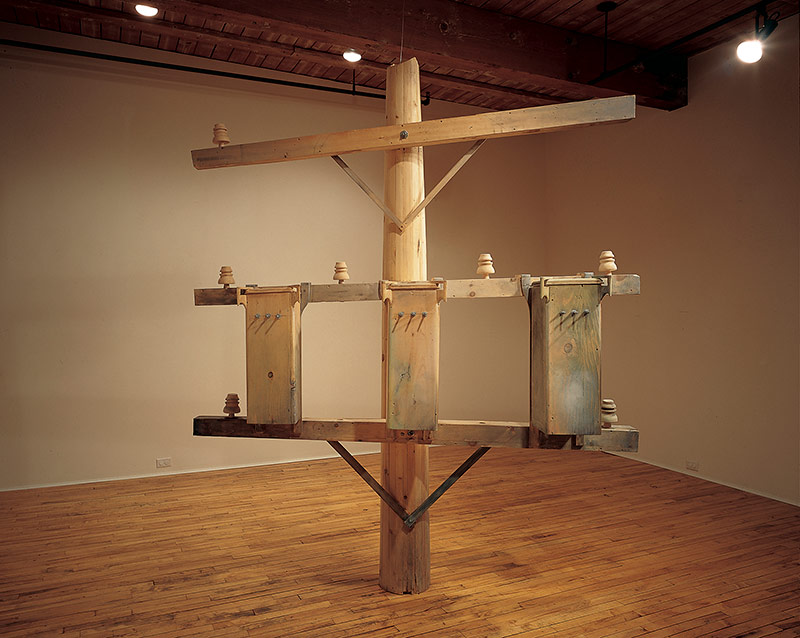 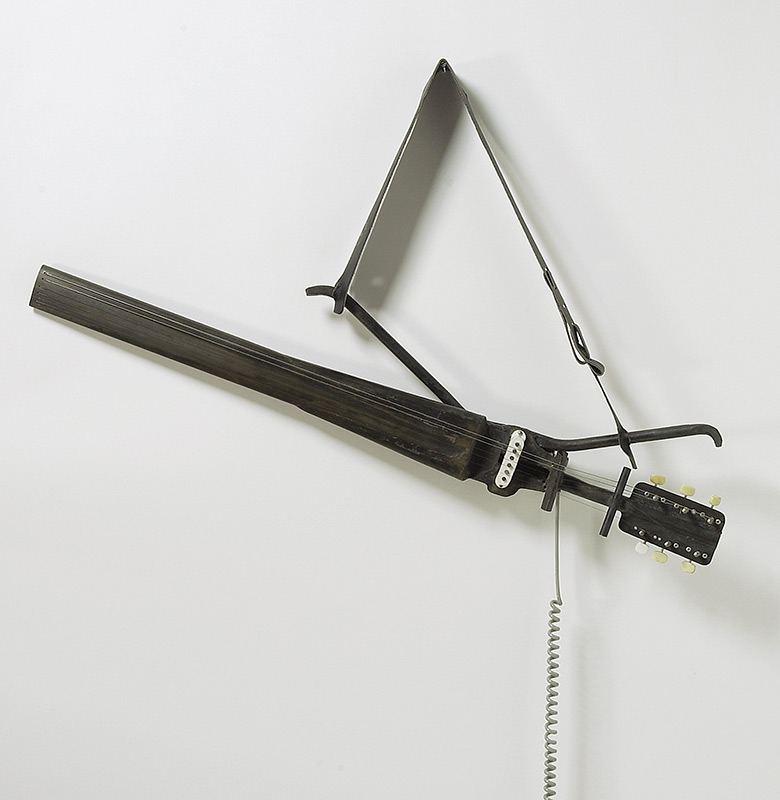 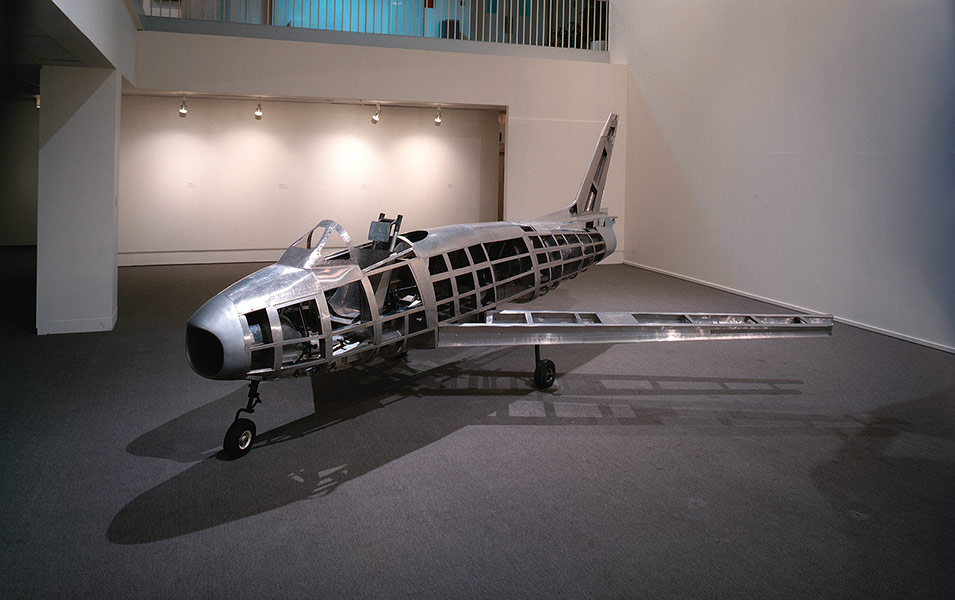 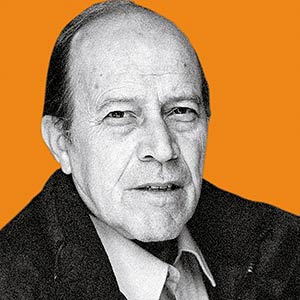 Murray Favro born 1940 in Huntsville, ON… lives in London, ON

Guilelessness for Favro is also his guise, his outward pretext and manner; his apparent haplessness an exquisitely balanced poise.

When I first had occasion to write about Murray Favro back in the late 1970s, I called him “a guileless model maker and inventor.” There was an innocence to his first Projected Constructions, as he called them, that he began making around 1970. The first of these, Still Life (The Table), 1970, consisted of a colour slide—of a gathering of some books, a copy of Scientific American, and a battery laid out on a tabletop—projected down onto a 3-D simulation of the same set-up made of wood covered with canvas and painted white. This was as simple as could be and yet the illusion conjured forth was also a kind of miracle, even as we accepted the awkwardness and the inadequacies of it all—how the registration between Favro’s 3-D mock-up and the slide image that fell on it was just a little off, how the illusion was imperfect.

Favro’s objective was, of course, never quite trompe l’œil. We were never meant to be really fooled, only fooled just enough to go along with the game and to at least do a fantastical double take. They may have been straightforward set-ups, but Favro had nevertheless put considerable calculation into his effects. Just projecting his slide image from the same position and angle as he had held the camera when he had made his photograph, as he quickly discovered, introduced unanticipated distortions because the cast image fell not on a flat screen, as in the classroom, but onto real 3-D objects. Some of the objects, which Favro had to rebuild to compensate, verged on the unrecognizable. So much so that once, in 1980, when we were installing Van Gogh’s Room in Ghent, the weird things that simulated the bottles and the brush on Vincent’s little bedroom table looked so clumsy and abject that the overnight cleaners doing their job threw them into the garbage. (Happy ending: we recovered them the next morning.)

Guilelessness for Favro then is also his guise, his outward pretext and manner; his apparent haplessness an exquisitely balanced poise. The mechanics can be upfront as in the Projected Constructions, or they can be sly and submerged in craft skills as with the tools, the machine gun, and other machines he hand-carves in wood, where material subverts use. In my Webster’s Dictionary, the entry on “guise” is followed immediately by “guitar.” Favro builds his guitars and tests them playing in the Nihilist Spasm Band, and then lets them mount the wall, recast as aesthetic things.

Such is his machinery of deception. The watery swells of Synthetic Lake, 1972–73, churn as methodically as the manually rotated serpentine columns of baroque wave machines in eighteenth-century theatres, whose undulating sea-ridges carried splendidly masted schooners. Says William Kentridge: “I love the double effect of seeing the magic and seeing how it is done at the same time. It’s like watching puppets. You know they’re wood, but you can’t stop believing in their anatomy and their agency.” Could it be, that like Robert Rauschenberg, Favro works between life and art—but not really between, rather from one to the other, the quotidian and practical at another glance transformed into the hallucinatory and the transcendent? 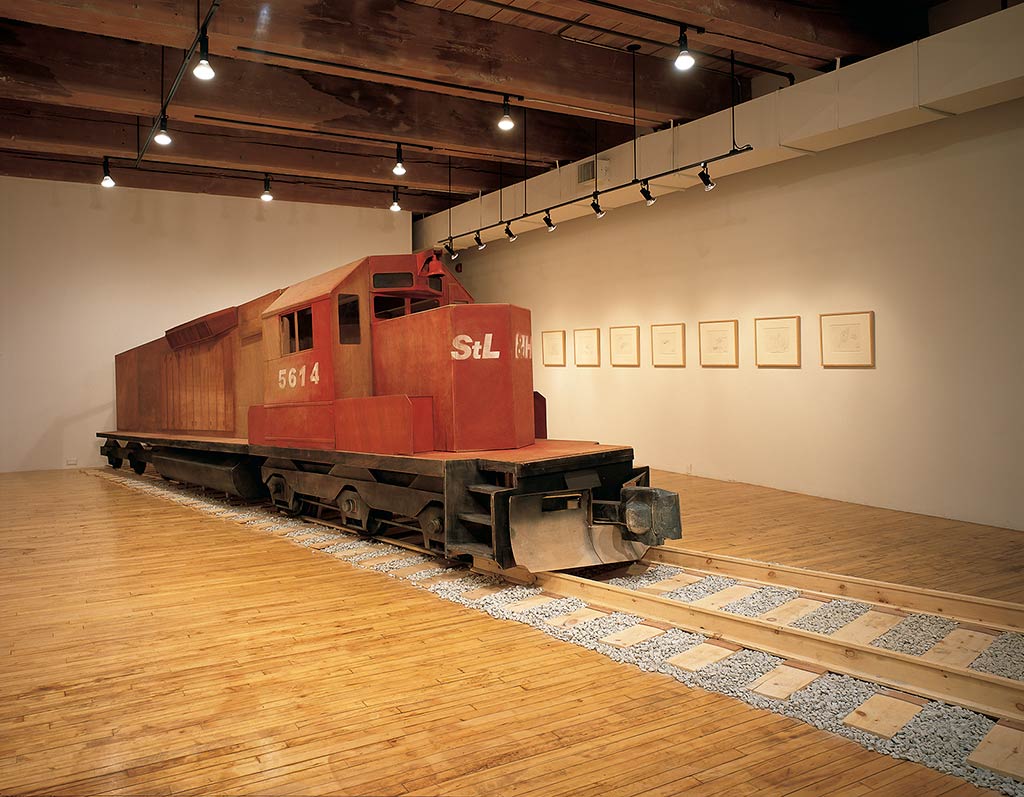